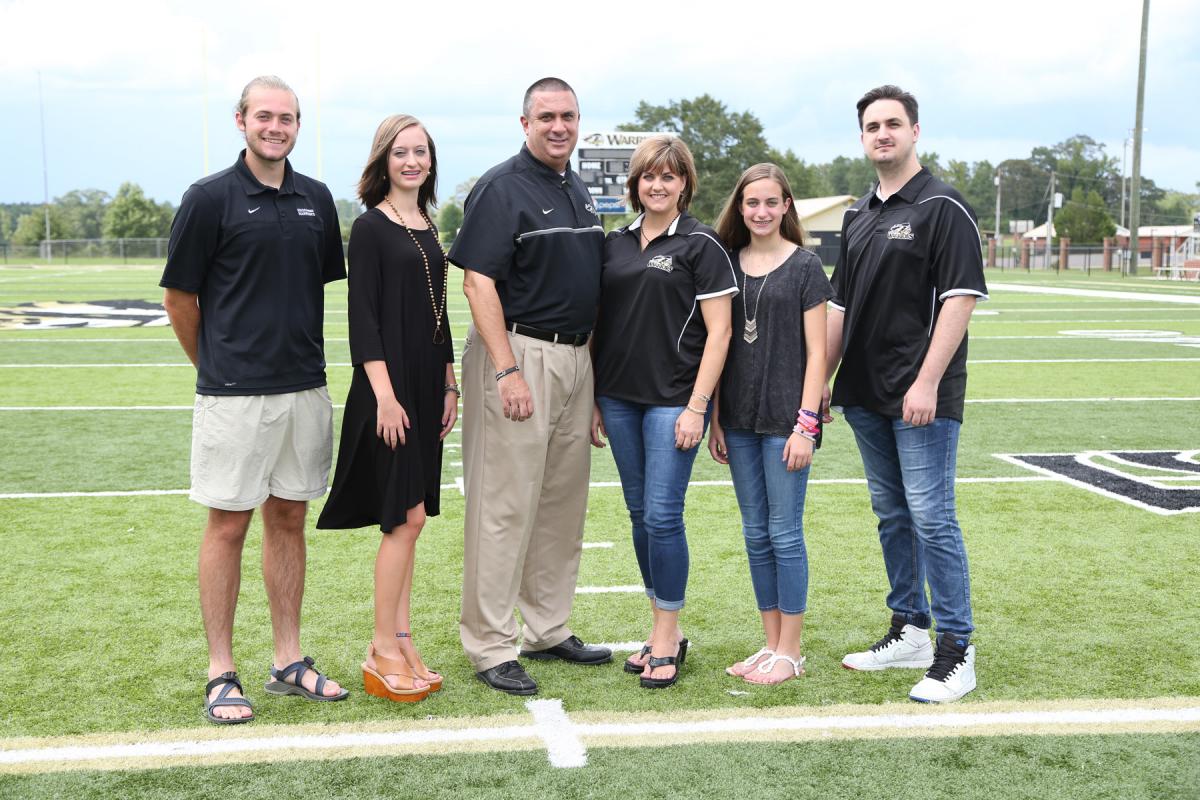 While at East Central, Dr. Stewart initiated a strategic planning process to shape and guide the future of the institution. As a result, 2020 Vision was adopted in February 2013 and includes a long-term desire to be nationally recognized and locally preferred while meeting the educational and training needs of all residents of the college district.

Dr. Stewart began his professional career in education at the University of Southern Mississippi where he served as a Field Representative for the Alumni Association. Following his tenure at Southern Miss, he served as a History Instructor and Assistant Girls’ Basketball Coach at Pearl High School in Pearl, Mississippi. Following a two-year stint in the classroom, he was named Assistant Principal for Discipline at Pearl High School.  With a desire to expand his knowledge in educational leadership, he accepted a position as a Graduate Research Assistant in the Department of Educational Leadership at Mississippi State University and served there for three years while earning his doctorate in Higher Education Administration with an emphasis in Community College Leadership.

After earning his Ph.D. in Higher Education Administration, Dr. Stewart served Copiah-Lincoln Community College located in Wesson, Mississippi, as Dean of Community Services and then Dean of the Simpson County Center. While at Copiah-Lincoln, Dr. Stewart was inducted as an honorary member of the Phi Theta Kappa International Honor Society, selected as a recipient of the National Institute for Staff and Organizational Development (NISOD) Excellence in Education Award, and completed the Mississippi Community College Fellowship Program for aspiring community college leaders.

Prior to being named president of ECCC, Dr. Stewart served Mississippi Gulf Coast Community College (MGCCC) as Vice President for Administration and Finance. While at MGCCC, Dr. Stewart served as Chief Operating and Financial Officer for the college’s four comprehensive campuses and four centers and administered annual budgets in excess of $100 million. He also served as Chief Personnel Officer for the college with an annual payroll in excess of $48 million. Dr. Stewart had several noted accomplishments while serving MGCCC. He:

While at Mississippi Gulf Coast Community College, Dr. Stewart was named Administrator of the Year on two different occasions.

Dr. Stewart, a graduate of the Executive Leadership Institute (ELI) sponsored by the League for Innovation in the Community College, plays an active part in his community by serving his church and other local charitable organizations.