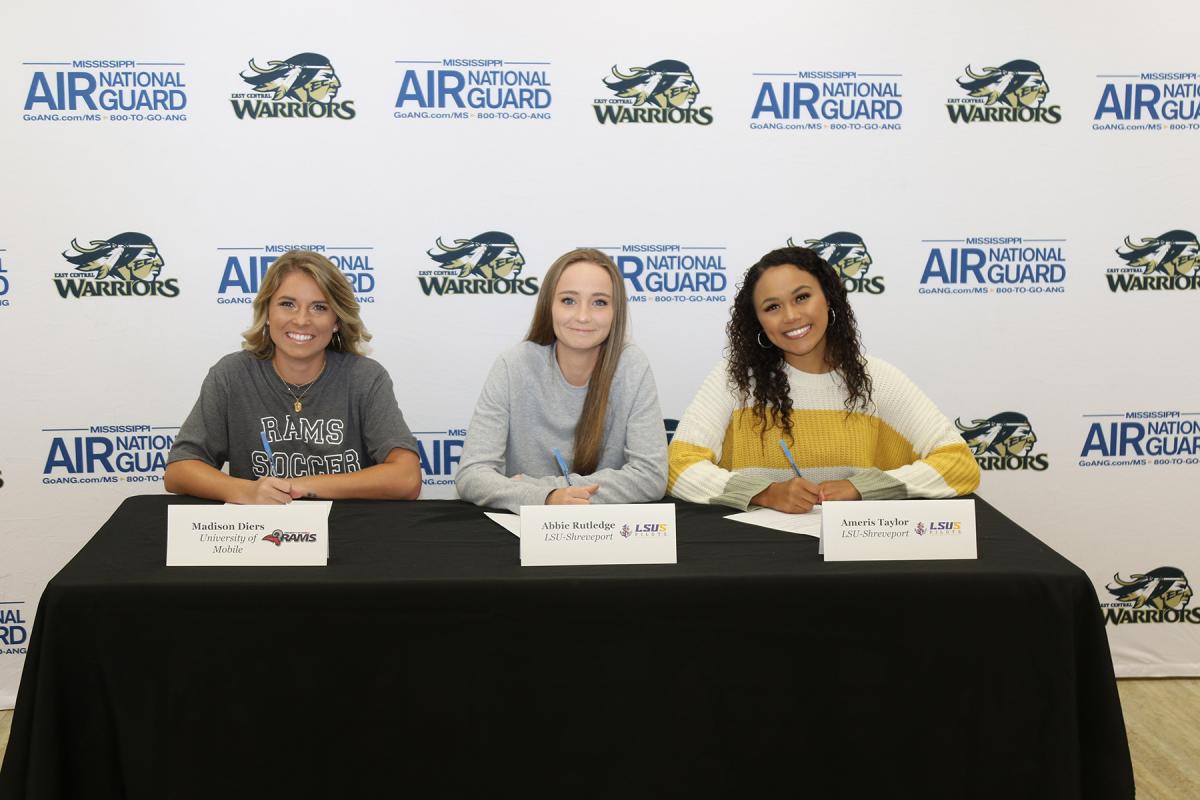 Defender Madison Diers, who prepped at South Jones High School in Ellisville, signed with the University of Mobile (Ala.). She started all 17 matches last season and had one goal and two assists. The University of Mobile Lady Rams play in the National Association of Intercollegiate Athletic’s (NAIA) Southern States Athletic Conference.

Defender/forward Ameris Taylor, who prepped at Ocean Springs High School, also signed with LSU Shreveport. She started 16 of the 17 matches in fall 2019 and had one goal and two assists.

The ECCC Lady Warriors begin their 2020-21 season March 30 at Jones College in Ellisville. The first home match is at 5 p.m. on April 6 against Pearl River at Bailey Stadium on the campus in Decatur.