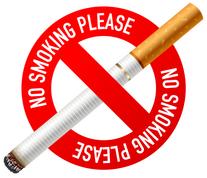 The tobacco-free policy is just one part of a 2020 Vision action plan to promote student and employee wellness initiatives that create a culture of health and wellness on campus.

East Central’s Tobacco-Free Policy prohibits all tobacco products, including smoke-emanating (or electronic) and smokeless products, on all campuses, including buildings, housing, community areas, parking lots, outdoor athletics venues, privately-owned vehicles while on campus, and college owned vehicles, regardless of location. The policy applies to all students, faculty, and staff, and those visiting or conducting business on the ECCC main campus or other college site.

The Centers for Disease Control and Prevention reports that cigarette smoking is the leading cause of preventable death in the United States, causing more than 480,000 deaths each year, with 42,000 of those from second-hand smoke exposure. More than 16 million people in the United States alone are currently living with a disease caused by smoking, according to the CDC.

What’s in a Cigarette?

Did you know there are over 600 ingredients in cigarettes? Ingredients include, but are not limited to: acetone (nail polish remover), ammonia (cleaning supply), arsenic (rat poison), butane (BOOM!), formaldehyde (used for embalming the dead), lead (heavy metal) and tar (used to pave roads).

Many of the ingredients rolled up in a cigarette are called carcinogens, which simply means “known to cause cancer.” Because cigarettes are highly addictive, a smoker doesn’t just stop at one. Many people may smoke up to two or three packs of cigarettes a day—that’s 40-60 cigarettes in just 24 hours!

Let’s do the math—there are 1,440 minutes in a day and to say it takes on average five minutes to smoke each cigarette, smoking 2-3 packs of cigarettes will waste 200-300 minutes of your day. EVERY DAY! While you stand outside by yourself in the cold, puffing on a “cancer stick”, life still goes on inside. Your family doesn’t pause the movie while you are gone and your friends don’t stop the card game either! We all know what can happen as a result of smoking. Do yourself a favor and make up your mind to quit today! Your body and everyone around will thank you!

Cigarettes aren’t the only tobacco product that you should quit! Chewing tobacco and dip sales have increased over the last decade as the public becomes more aware of the dangers of cigarette smoking, but those alternatives are far from a safe choice. 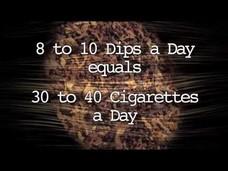 These products cause oral and esophageal cancer, along with increasing the chances of heart disease and stroke. Not only does chewing tobacco and dipping cause cancer and cardiovascular complications, it’s also a very unattractive habit. The tobacco discolors teeth and gums and can lead to loose and lost teeth. If you develop oral or esophageal cancer, surgery is usually required to remove the diseased tissue and bone. People have lost the ability to chew, swallow and speak related to the removal of part of the cheek, lips, jaw, throat and diseased muscles, causing facial disfigurement. Is it really worth all that?

Visit these sites to help guide you through to a smokeless-free lifestyle:

Just because it’s a new electronic device, doesn’t make it cool! It’s not the latest phone or tablet ... it’s an electronic cigarette. 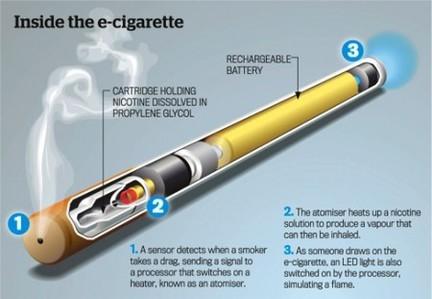 Visit these sites on electronic cigarettes:

This webpage is a project of the Gamma Tau Chapter of the Alpha Delta Nu Honor Society of Nursing at East Central Community College.
​