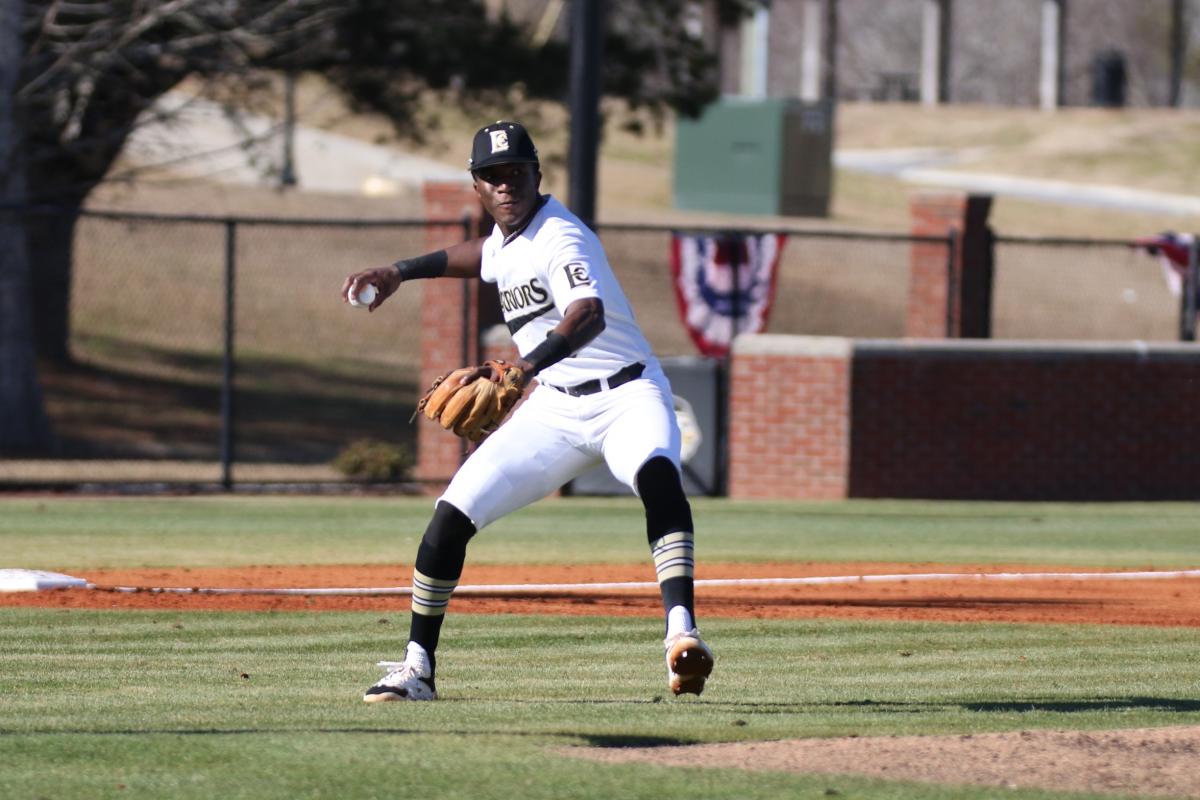 The No. 14 East Central Community College baseball split a pair of MACCC games with Mississippi Delta April 2, before bouncing back with a dominating victory over Bevill State, a DI community college from Alabama, on Monday, April 4. ECCC run-ruled the Mississippi Delta Trojans in the opener, 14-4, before losing a tight one in the nightcap, 5-4. The team rallied from the loss on with an 18-6 run-rule win over the Bears. The results moved the Warriors to 21-9, 7-7 on the year.
ECCC's Clayton Cook, Eli Collins, and Trey Lewis continued their seasons as the trio combined for 18 of the Warriors' 33 hits through the three games. Lewis went for 7-for-11 to lead ECCC over the stretch, while Coleton Smith drove in a team-best seven runs through the three games.
Lewis reached base in every game, stretching his streak to 26 games in a row reaching safely. His hits give him a five-game streak. Conner Hicks grew his reached base streak to 15 games. while J.T. Vance is up to 13 games in a row reaching base safely with a five-game hitting streak. Cook now has a four-game hitting streak and five-game reached base streak, and Ramie Harrison has reached safely in eight games.

RBI singles from Collins and Ramie Harrison put the Warriors on top 3-1 early, before four runs crossed in the third off a three-run homer from Smith and a solo shot from Vance.

Delta got some runs back, but a leadoff bomb from Cook, an error, and an RBI from Turnage grew the Warrior lead to 10-3 going into the fifth.

ECCC ran away with the game in the bottom of the sixth on a fielder's choice from Smith, an RBI groundout from Conner Hicks, and a Jalen Ayers walk-off single to complete the run rule.

Smith drove in five runs in the contest to lead ECCC, while Cook, Collins, Harrison, and Vance all had multiple hits in the game.

Brendon Minor got the start and the win on the mound for ECCC as he went four innings, gave up seven hits, four runs – all earned – struck out two, and walked three. Luke Odomfinished the game with two solid innings in relief giving up just one hit and fanning two Trojan batters.

Game two was not as electric for ECCC as the Trojans plated two in the second, two in the fifth, and one in the sixth to get the win in the seven-inning contest.

All of ECCC's runs came in the third as Lewis scored Cook, who led off the frame with a double, on a hard-hit single. After a Collins walk, Harrison cleared the bases with a line drive to right to put the Warriors on top. Smith kept his hard-hitting up and plated Harrison for his sixth RBI on the day and grow the lead to 4-2.

Unfortunately, that was all the Warriors were able to plate in the contest as the Trojans rallied down the stretch.

Lewis was ECCC's only hitter to post multiple hits, while Harrison's two RBIs were a team-best.

Grant Edwards started the day on the bump and picked up the loss after throwing four and two-thirds innings. The righty surrendered six hits, four runs – one earned – and struck out two. Ervin Simmons, Cade Hall, and Mason Willis all threw in the contest.

The Warriors came from the loss with fury on Monday as the team thumped Bevill State, scoring 13 runs in the final two frames of the six-inning shortened game.

Collins put ECCC on top, 2-1, in the bottom of the first with a towering two-run homer, but it was short-lived as the Bears plated three in the top of the second to regain the lead.

ECCC knotted the game in the third as Vance drew a bases-loaded walk while, and Smith drove in a run on a sac-fly. An RBI single from Cook broke the tie in ECCC's favor in the fourth, before the Warriors lit up the scoreboard in the fifth and sixth.

The runs came from Hayze West on a sac-fly, an RBI double from Cook, and three straight RBI singles from Lewis, Collins, and Vance.

A passed ball and another RBI single from Lewis added more for ECCC in the sixth, before Austin Green and Turnage plated two more with singles. A fielder's choice and an error plated the final Warrior runs.

The Warriors racked up 15 hits in the win with Lewis posting four and Cook adding three. Cook plated a team-high four RBIs.

Gage Tufnell got the start and the win on the hill after throwing five innings. He gave up five hits, four runs – three earned – walked five, and struck out two. Cade Hall and Henry Thronton threw one inning each in relief.

The Warriors are on the road on Wednesday, April 6, as ECCC travels to Perkinston to take on Mississippi Gulf Coast at 3 and 6 p.m.