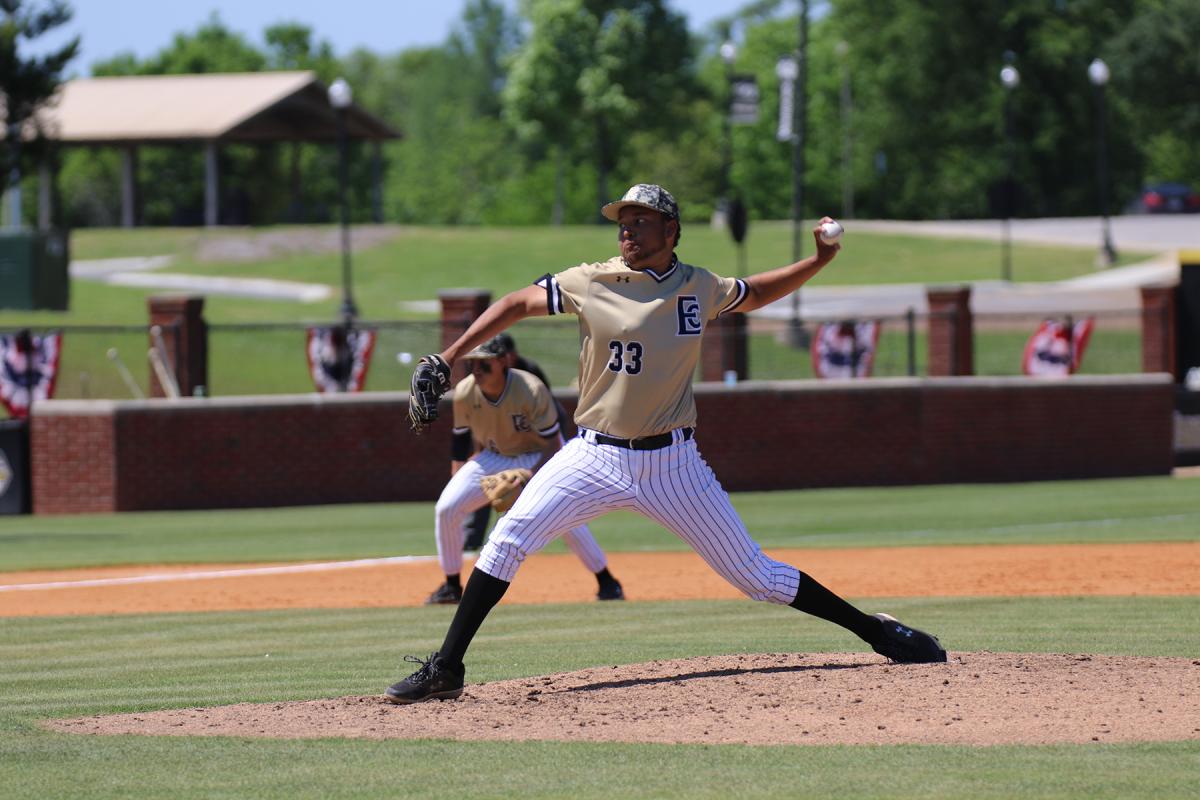 The East Central Community College Warriors are headed to the NJCAA Region XXIII Tournament after sweeping two games in a best-of-three series against the Northwest Rangers May 7 and 8. The tournament is set to be played on the campus of Pearl River Community College in Poplarville. The Wildcats earned hosting rights after winning the MACCC regular-season title. Joining the Warriors and Wildcats are Meridian, Itawamba, Hinds, and LSU-Eunice. The winner will advance to the NJCAA DII National Championship in Enid, Okla. beginning on May 29. East Central is slated to take on the No. 2 nationally ranked Bengals of LSU-Eunice in the opening round on Monday, May 17 at 12 p.m.

Most of the scoring happened early in the first game against the Rangers as a three-run homer from NWCC's Peyton Mills put the visitors up 3-0 in the top of the first. Jesse Boydstun (Louisville) responded with a two-run bomb in the bottom of the frame after Clayton Cook (Mize) led off with a single.

Another Ranger longball grew the lead to 4-2 in the second as Ty Leatherwood led off with a solo shot.

The next six innings turned into a pitching duel between Northwest's Hammer Franks and ECCC's Hayden West (Decatur) who entered the game in relief.

The Warriors would finally get back on the board in the bottom of the seventh with a solo homer from Cook. Boydston followed later in the frame with an RBI single that tied the game. Amani Larry (Bossier City, La.) went on to score on a wild pitch, making it 5-4 in ECCC's favor going into the eighth.

West recorded one out in the eighth before Walker Johnson (Mantee) headed to the mound. The sophomore got a strikeout and a line out to strand a NWCC Ranger. Johnson went on to strike out the side in the top of the ninth with just 11 pitches to get the save.

The second game was much more of a slugfest as the Warriors racked up 15 hits in the contest. ECCC broke the game open early with a six-run second inning.

Austin Lee (Madison) smashed a two-run shot to right field to put the first runs on the board. A Harrison double, R.J. Fletcher (St. Martin) single, and a Conner Hicks (Stringer) walk quickly loaded the bases. Cook, Roper Ball (Noxapater), and Larry followed with an RBI double and a pair of RBI singles. The onslaught ran the score up to 6-0.

Northwest hit back with a three-run homer in the third, but Fletcher added another with an RBI single in the bottom half.

The fourth was another big frame for ECCC as Larry led things off with a solo homer to left field. Lee kept his great game going with an RBI double, and Fletcher continued to swing a hot bat with yet another RBI single growing the lead to 11-3.

The Rangers pushed two more across, one in the fifth and one in the seventh, but Cook put the game away with a towering two-run homer to run-rule the rangers, 13-5.

Jeremy Martin (Slidell, La.) was the winning pitcher for ECCC after getting the start. The lefty lasted four and a third innings, allowing four hits and four runs while striking out seven in a very strong outing. Ball and Gates Pee (Clinton) entered the game out of the bullpen and helped to close out the game in relief.

The Warriors and Bengals will square off in the first game of the tournament in Poplarville at 12 p.m. on Monday, May 17. The game can be seen live at PRCCmedia.com/gold, courtesy of Pearl River Community College.