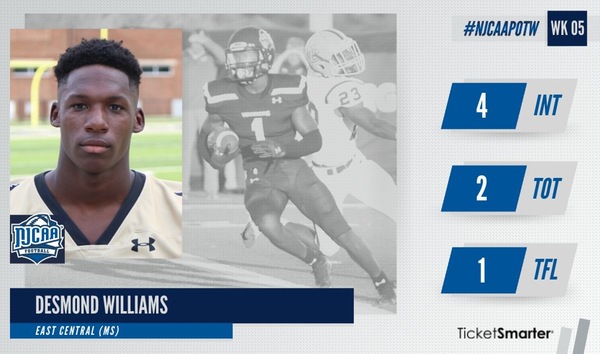 Williams matched his season totals from 2019 and 2020 (five games) in just 60 minutes. Williams was tied for the season-high interception leader in the modern era at ECCC with four on the year (tied with Juwon Hayes-Keyes, 2016 and Austin Balthazor 2015), but the sophomore has now separated as the lone player a top that list with five thus far in the 2021 campaign.