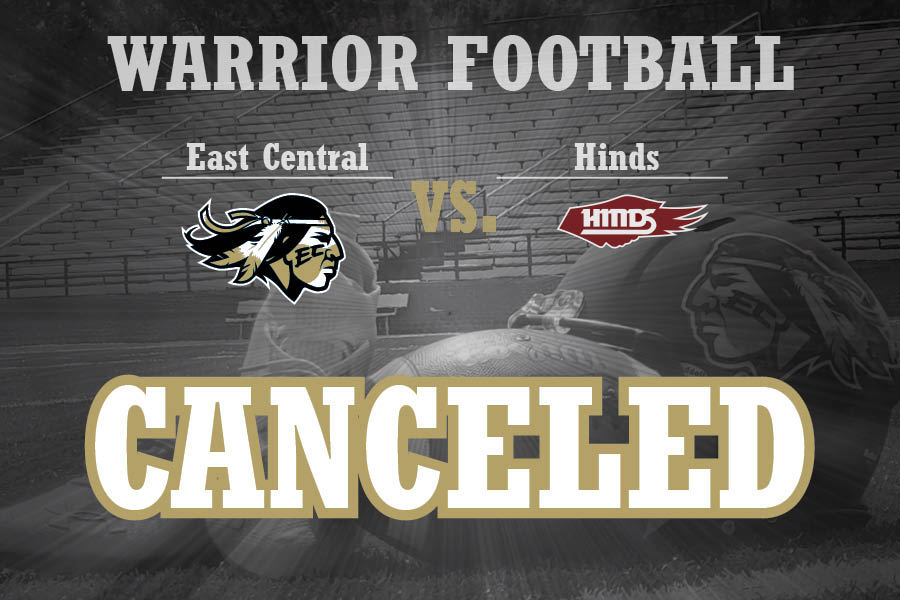 East Central Community College’s football game against Hinds Community College scheduled for Thursday, Nov. 5, at 6:30 p.m. at Bailey Stadium on the ECCC campus in Decatur has been canceled due to COVID-19 concerns associated with the ECCC Warrior football team.

Any plans to possibly make up the contest would be announced at a later date. Tonight’s contest was scheduled to be the final game in East Central’s abbreviated six-game season.

Despite the cancellation, tonight’s scheduled crowning of the 2020 Homecoming Queen and recognition of the freshman and sophomore maids will go on as planned beginning at 6:30 p.m. at Bailey Stadium. That will be followed by a performance from the Wall O’ Sound Marching Band, Color Guard, and Centralettes.

Those who would like to request a refund for tickets purchased for tonight’s game should call 601-635-6310 beginning Monday, Nov. 9.