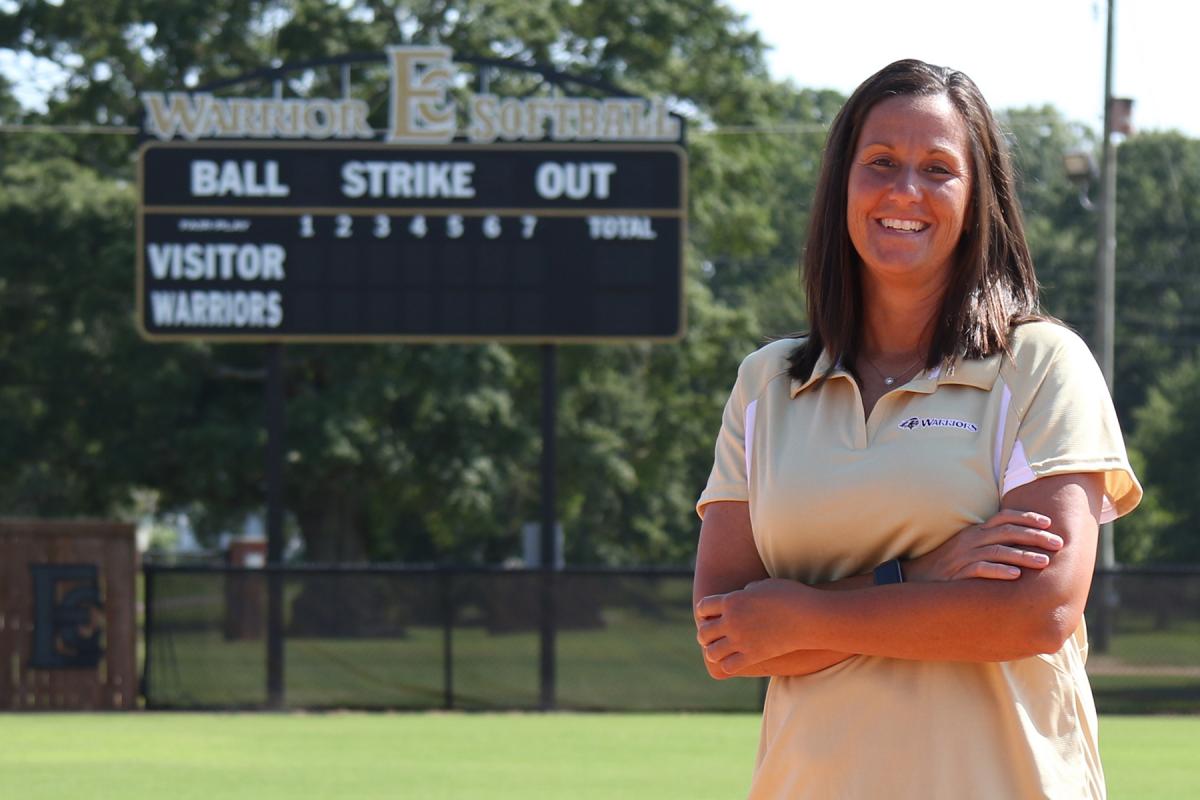 White comes to the Decatur college after leading the Pearl River Community College program for 16 years, including a second place finish in the 2019 MACJC State Tournament and the right to host the 2019 National Junior College Athletic Association Region 23 Tournament. She guided the Lady Wildcats to 10 straight appearances in the MACJC State Playoffs, including the program’s only state championship in 2010.

She takes over an ECCC softball program steeped in history, including 16 consecutive postseason appearances, five straight years finishing in the final NJCAA Top 20 Poll, and three trips to the NJCAA Division II Softball Championship since the college began playing fastpitch softball in 2004.

“I am humbled and honored to be the new softball coach at East Central Community College,” said White. “I am very excited for this new chapter in my career and thankful to ECCC President Dr. Billy Stewart, Director of Athletics Paul Nixon, and the entire college family for the opportunity to lead these young ladies. I’m ready to get started!”

“Her coaching philosophy will fit well with our college’s emphasis on Excellence and Class,” said Stewart. “I look forward to the positive impact she will make in the lives of the young ladies blessed to be a part of the Lady Warrior softball team for many years to come.”

A native of Quitman, White was a standout softball, basketball, and tennis player for the Quitman High School Lady Panthers. She began her collegiate softball career at Jones County Junior College, where she helped lead the Lady Bobcats to MACJC State Championships in 1996 and 1997 and an NJCAA Region 23 Championship and a berth in the NJCAA Division II Softball Championship in 1996. She was named MACJC All-State and NJCAA All-Region 23 both seasons with Jones County.

White then played at Southern Wesleyan University in Central, S.C. The Lady Warriors won the Georgia Alabama Carolina Conference title in 1998 and advanced to NAIA regional play. She was named the team’s Best Defensive Player her senior season.

In 2000, White served as a graduate assistant softball coach at Mississippi Gulf Coast Community College, before being named the assistant coach at Pearl River in 2001. White took over as head coach of PRCC in 2003.

“Coach White brings over 20 years of experience in the MACJC as a student-athlete, assistant coach, and longtime head coach,” said ECCC Director of Athletics Paul Nixon. “She has the proven ability of building a program that will remain competitive over many seasons. As she mentioned in her interview, East Central is ideally located with the championship-level softball programs in our district and the proximity to recruit the entire state. Her passion for developing student-athletes in every area of their lives is exactly what our softball program needs to continue our long-running tradition of excellence both on and off the field.”

White holds an Associate of Arts degree from Jones County, a Bachelor of Science in physical education/therapeutic recreation from Southern Wesleyan, and a Master of Science in sports administration from the University of Southern Mississippi.