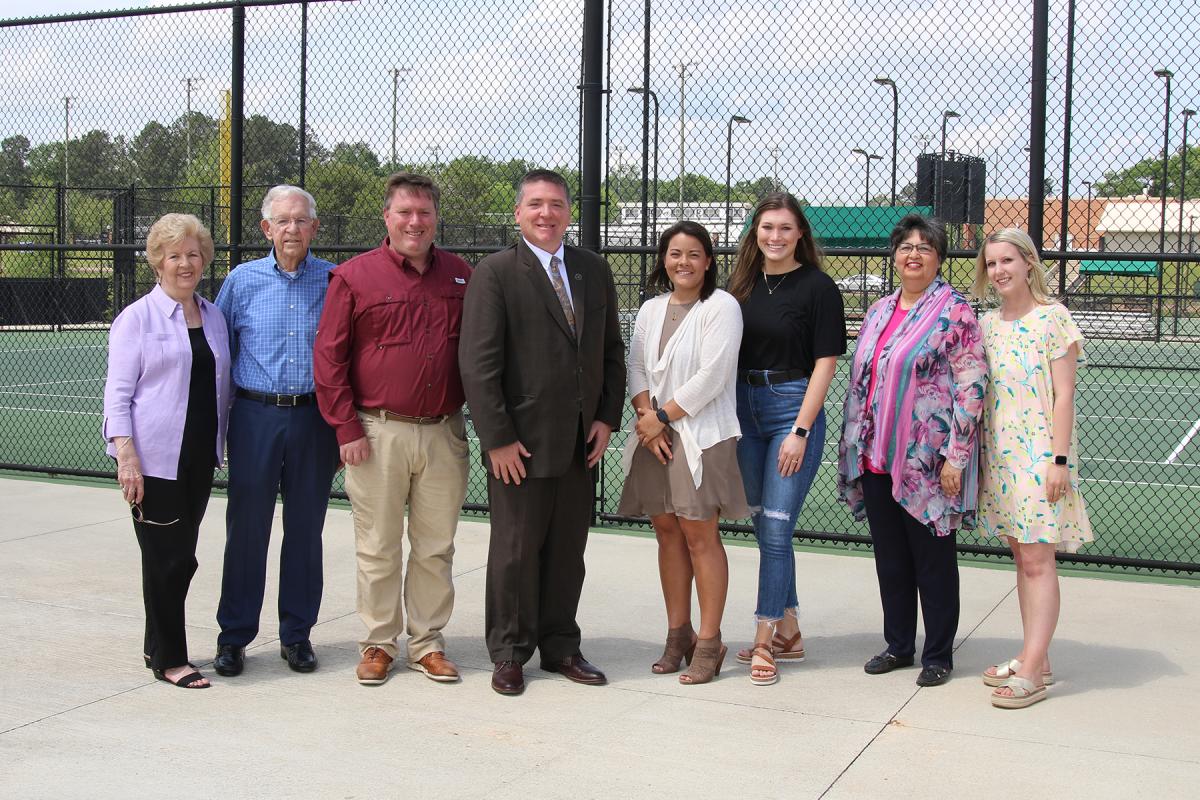 The eight courts at the East Central Community College Tennis Complex on the campus in Decatur were recently named for various donors to the tennis program.

Eight individuals and/or families who donated to the college’s Tennis Pavilion Fund Project were recognized in a ceremony April 29 by the unveiling of new court signs.

The names of the eight courts now include:

The ECCC Tennis Complex, which was completed in 2017, includes eight lighted courts to serve the college’s men’s and women’s varsity tennis teams, as well as the campus and local communities.

Those interested in donating to the college’s Tennis Pavilion Fund Project can contact Dr. Stacey Hollingsworth, executive director of the foundation, at sholling@eccc.edu or 601-635-6327, or donations can be made online at www.eccc.edu/foundation.