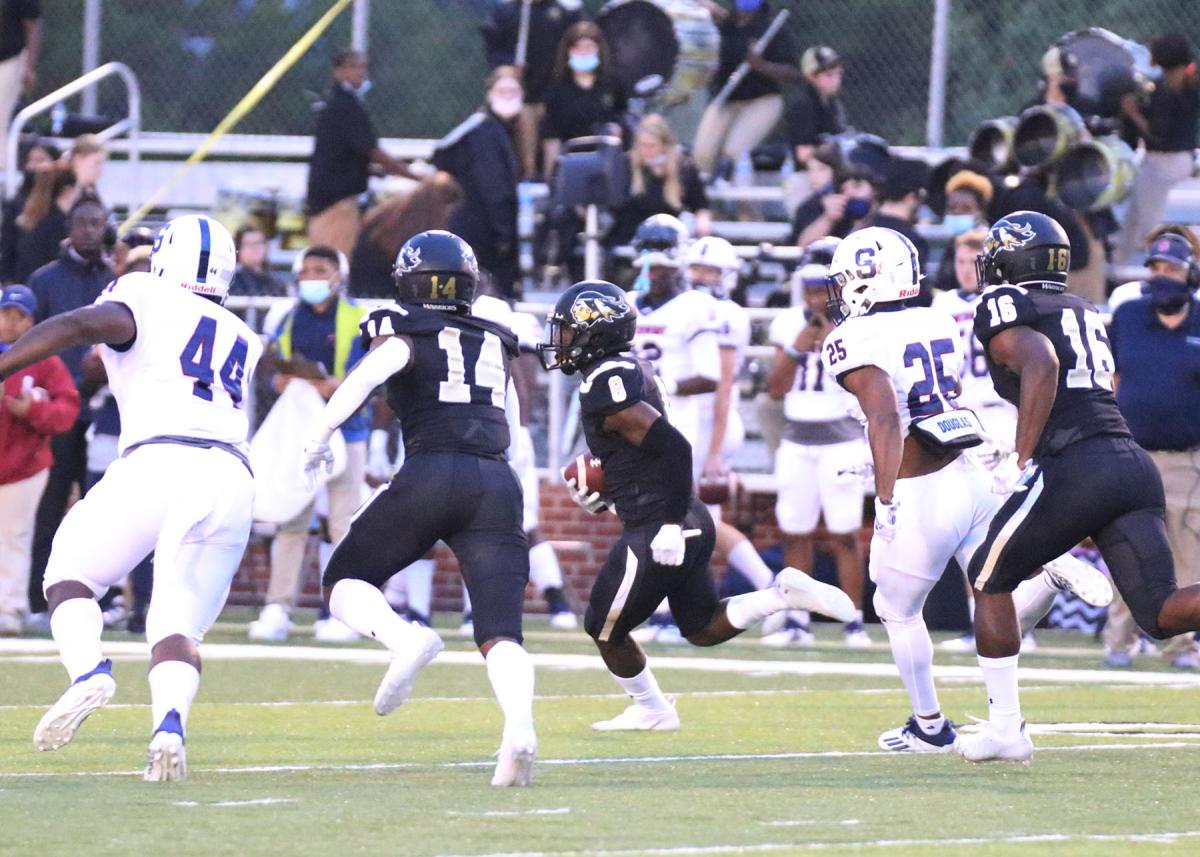 East Central’s Desmond Williams (No. 8) returns the game’s opening kickoff 95 yards to give the Warriors an early 7-0 over Southwest. (EC Photo)

Desmond Williams returned the opening kickoff 95 yards for a touchdown and the East Central Community College defense forced four turnovers as the Warriors picked up a 21-0 shutout win over the visiting Southwest Bears in MACCC South Division football action Thursday, Oct. 8, at Bailey Stadium on the ECCC campus in Decatur.

East Central rebounded from a season-opening loss at Jones College last week to improve to 1-1 overall on the season and 1-1 in Mississippi Association of Community Colleges Conference South Division play. All six games during the abbreviated 2020 season are division contests. Southwest fell to 0-2.

It was the Warriors third straight win over Southwest and fifth in the last six meetings. East Central was victorious 19-0 last September in Summit.

Before fans were settled in their seats East Central was in the end zone. Sophomore wide receiver Lee Tanner (Madison-Ridgeland Academy) fielded the opening kickoff at the five yard line and handed off to sophomore cornerback Williams (Forsyth, Ga., Mary Persons) who did the rest on a 95-yard kickoff return. The point after by sophomore kicker Robens Beauplan (Lehigh Acres, Fla., Riverdale) was good. The Warriors led 7-0 with just 15 seconds off the game clock.

After the opening play fireworks, the two teams managed just five first downs between them and punted the ball 10 total times over the next 28 minutes of play.

That was until sophomore linebacker Devonta Stancel (Natchez) picked off a Southwest pass and put the Warriors in business on the Bear 15 with 1:58 to play before halftime. Six plays later, East Central found the end zone with just seven ticks remaining when sophomore quarterback Holman Edwards (French Camp Academy) hit sophomore tight end Alex Henton (Fort Valley, Ga., Peach County) for the touchdown to give the Warriors a 14-0 halftime lead.

Southwest managed just one first down and 68 total yards of offense in the first 30 minutes of play.

Southwest put together three first downs on its opening drive of the second half, but were thwarted when sophomore linebacker Equandric Ross (Jefferson Davis County) picked up an errant pitch by the quarterback to stop the Bear threat.

Neither team could muster points in the third quarter. East Central put the game out of reach with 8:39 to play in the game. Edwards scampered 22 yards for the score and the 21-0 lead. An interception by freshman safety Zak Morris (Eupora) put the Warriors in business at midfield.

On the night, the Warrior defense forced 10 punts, three interceptions, and a fumble. Freshman cornerback Sadarion Magee (Columbia) also had a fourth quarter interception for the Warriors.

It was Sophomore Night at Bailey Stadium as the Warriors honored 22 football players, three managers, and nine cheerleaders during pre-game ceremonies.

East Central will take on the Pearl River Wildcats next Thursday, Oct. 15, in Poplarville. Kickoff is 7 p.m. from Dobie Holden Stadium. Pearl River is 0-2 on the season. 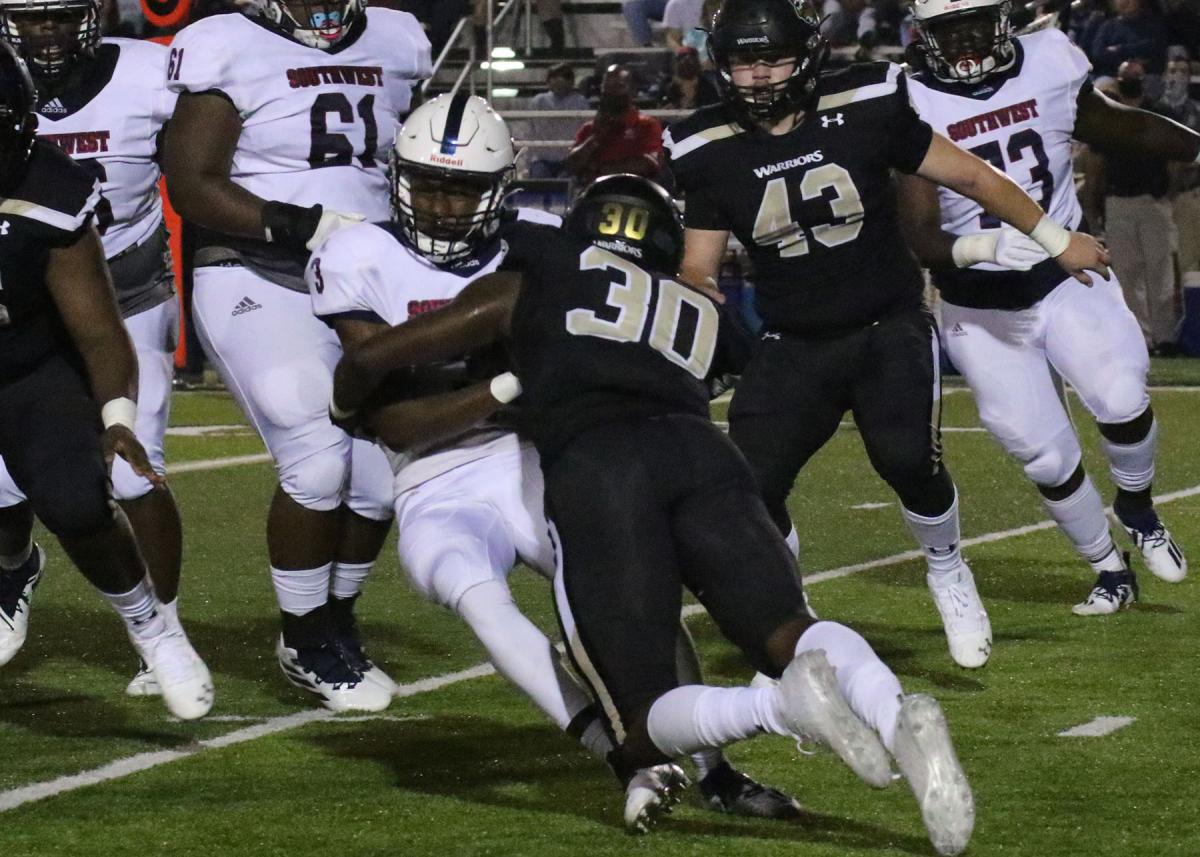 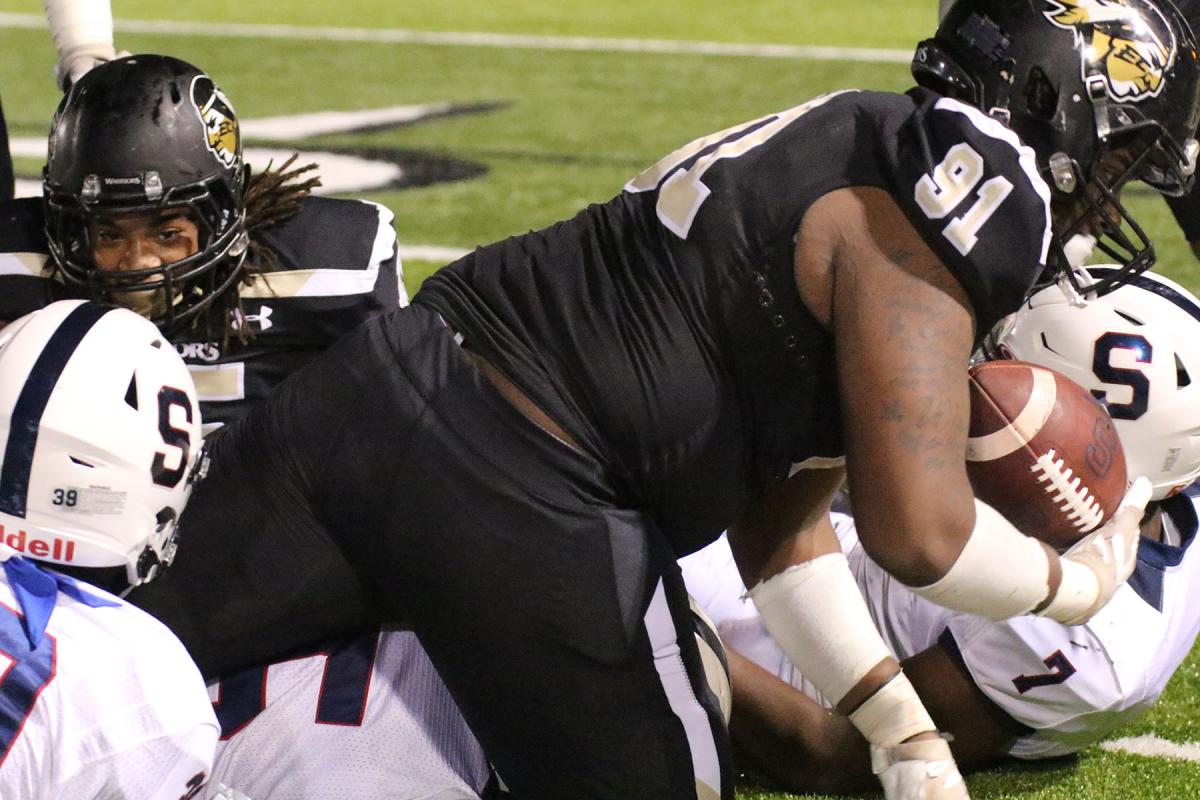 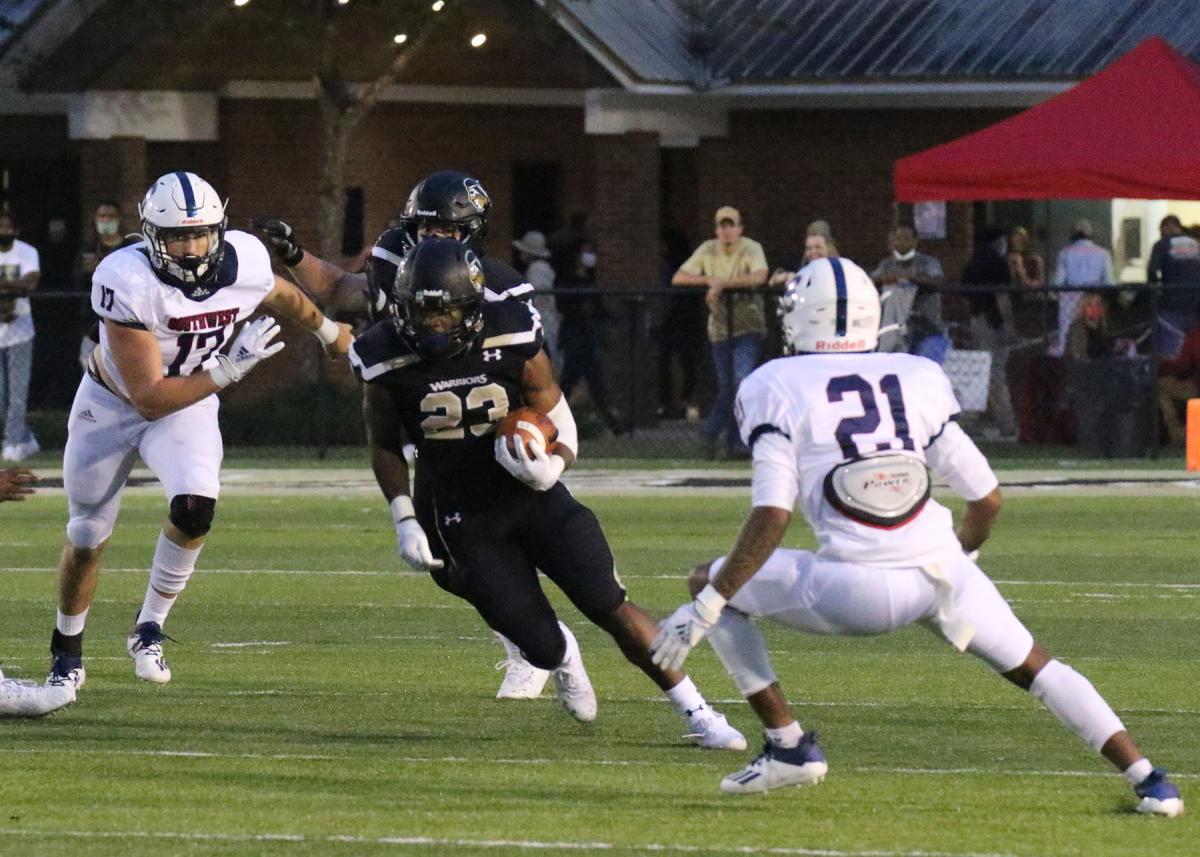 Freshman running back Demarquese Gibson (Grenada) hits a big hole in the Southwest defense in the first half. (EC Photo) 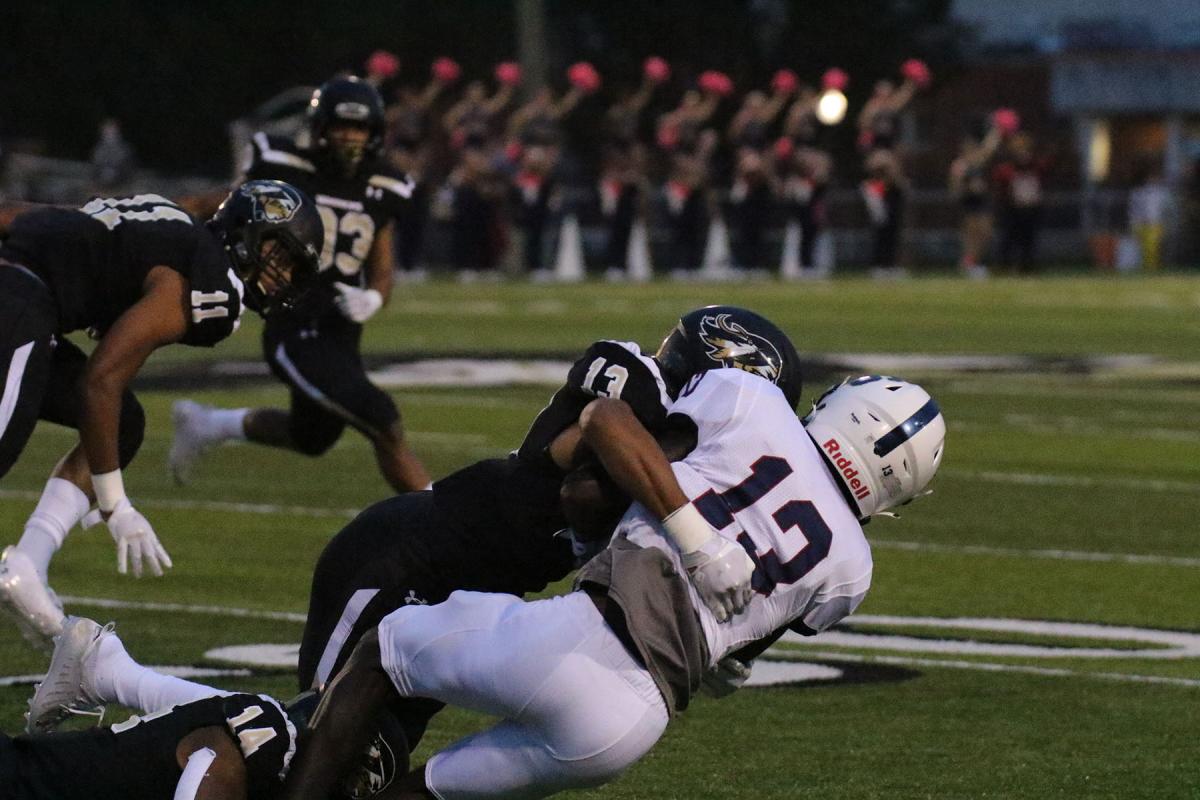 Freshman cornerback Sadarion Magee (Columbia) brings down the Southwest running back for a loss of yardage in the second quarter. (EC Photo)