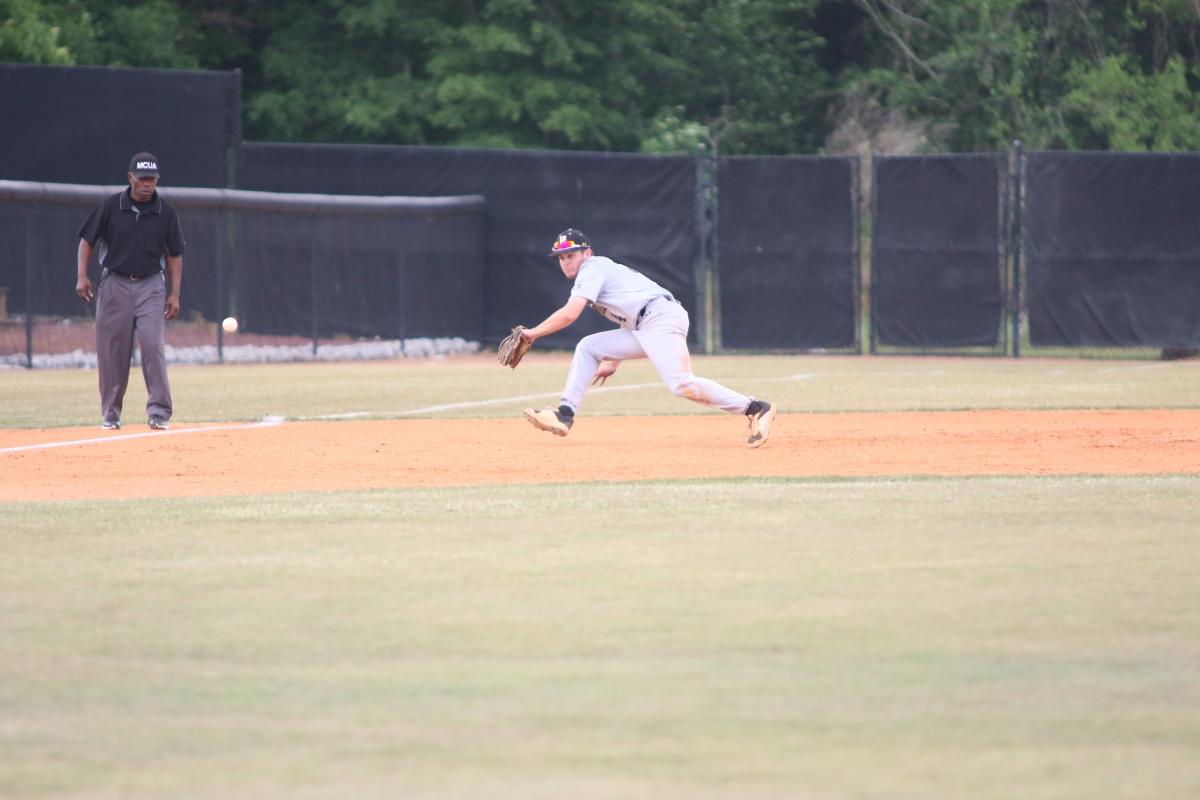 The Warriors of East Central Community College battled through a back-and-forth contest against the East Mississippi Community College Lions on Friday, May 6, to force a game three in the NJCAA Region 23 best-of-three series with an 11-10 win.

The win evened the series at one each with the deciding game slated for Saturday, May 7, at 2 p.m. in Scooba. The win pushed the Warrior record to 30-16, while the Lions fell to 26-17.

The winner of the Saturday matchup will advance to the NJCAA Region 23 Tournament set to be played on the campus of Pearl River Community College in Poplarville beginning on Monday, May 16.

An early error by the Warriors in the bottom of the first inning allowed the Lions to take a 1-0 lead going into the second.

The Warriors roared back in the top of the fourth as Austin Green led off the frame with a hard hit single right up the middle. Kade Turnage followed and launched a two-run, opposite-field homer on the first pitch of his at bat. The hard-hit shot, Turnage's second long ball of the series, knotted the game at two-all.

The homers continued to fly out of Gerald Poole Field as the Lions hit a two-run shot in the bottom of the fourth before an RBI single grew the Lion lead to 5-2.

The Warriors threatened again in the top of the sixth as Turnage and Coleton Smith led off the inning with back-to-back walks before Conner Hicks was hit by a pitch to load the bags. Leighton Jenkins rose to the occasion and ripped an RBI single to score one before Trey Lewis added another with an RBI on a fielder's choice. Eli Collins rounded out the inning with an RBI double that plated two runs and gave the Warriors a 6-5 lead.

The ECCC lead was erased in the bottom of the seventh as the Lions led off with another solo homer, this one from Wesley Sides. EMCC then retook the lead, 7-6, with a walk while the bases were loaded. Cade Hall checked into the game and got out of the jam with a fly-out.

Back-to-back singles from Jenkins and Clayton Cook put two Warriors on the bags in the eighth, and Lewis came through with an RBI single that plated both to continue the back-and-forth action as the Warriors retook the lead, 8-7. That lead grew to 10-7 as Collins drove in Lewis while Green plated Collins with an RBI single of his own. The Warriors finished the inning with five singles, three of which drove in runs.

The newfound Warrior lead was once again snatched back by EMCC as the Lions plated three in the bottom of the half on an RBI double and a pair of Warrior errors. Heading into the final inning, the game was once again tied, this time at 10-10.

A leadoff walk put Smith on base to lead off the top of the ninth for ECCC, and after a steal and sac fly, Smith stood at third base. Cook drove Smith in with a hard-hit grounder to short that was ruled an error. The run put the Warriors in front 11-10.

Luke Odom forced three straight outs in the bottom of the ninth to secure the win for the Warriors.

Odom got the win for ECCC as he surrendered no runs on zero hits over two innings, walking none. Mason Willis threw five and one third innings to start the game on the bump for ECCC and fanned seven batters while giving up five runs – four earned – on six hits with four walks. Miles Miller and Cade Hall both threw in relief for ECCC.

Blake Wren picked up the loss for EMCC.

Collins led the Warriors at the dish with three hits, while Lewis, Green, and Jenkins all had a multi-hit game. Lewis and Collins posted team-best three-RBI performances.

The Warriors and Lions will be back in action for game three, the deciding contest of the best-of-three series tomorrow, Saturday, May 7 at 2 p.m. in Scooba. The game will again be carried live at emccathletics.com/live.