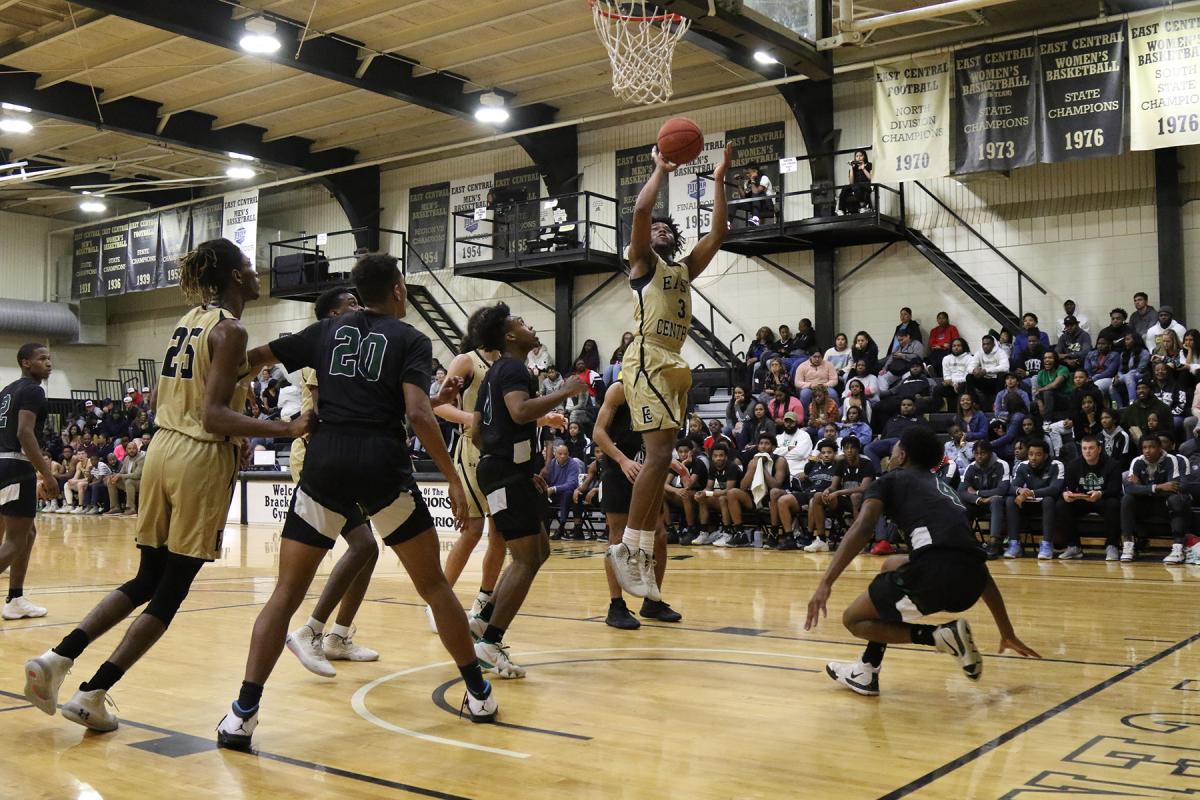 ECCC sophomore forward JaQuarius Smith knocks down two of his 20 points in the Warriors win over Meridian. (EC Photo)

The East Central Lady Warriors opened the evening with a come-from-behind 62-55 win. The Warriors followed with an 85-82 win over the Meridian Eagles.

The sweep avenged a pair of losses when Meridian hosted East Central back on Jan. 21.

The ECCC Lady Warriors outscored the Lady Eagles 35-27 in the second half after trailing at the intermission. Sophomore guard Jariyah Covington (Starkville) led a balanced scoring attack for East Central with 15 points.

In the men’s action, East Central nearly let a 13-point halftime lead slip away against the Eagles. The Warriors led the entire game until Meridian tied the score at 80-80 with under a minute to play. But a big three-pointer from the corner by freshman guard Brandon Tilley (Hattiesburg, Oak Grove) with 20 seconds to play and two free throws from sophomore forward JaQuarius Smith (Noxubee County) helped seal the Warrior win.

Having been eliminated from postseason play, the East Central teams will close out their seasons next week. The Warriors and Lady Warriors will face Hinds in Utica at 5:30 and 7:30 p.m. on Monday, Feb. 17, before closing out the season with Sophomore Night and a “White Out” game against Southwest on Thursday, Feb 20, in Brackeen-Wood Gym. Those games also tip off at 5:30 and 7:30 p.m.

All home games can be heard on WKOZ “Cruisin” 98.3 or watched via live stream video at www.eccc.edu/eccc-media.