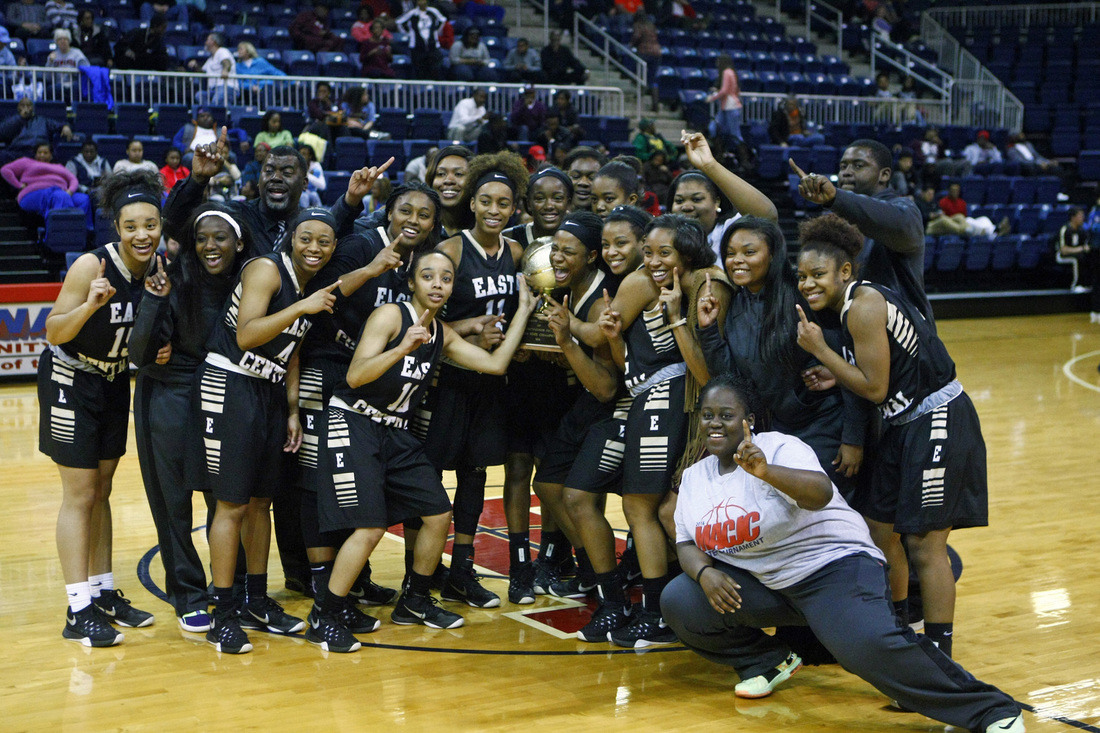 It was East Central’s first women’s basketball state championship since the 2003-04 season and sixth overall in program history.

“God deserves all the credit,” said ECCC Head Coach Crandal Porter. “This is a great sophomore group and such a close knit group. This league is very tough, but every challenge that you put up against this team, they are always up for the challenge. South Division Champs and now State Champs. I wouldn't bet against for the region.”

Next up for the East Central Lady Warriors is the National Junior College Athletic Association Region 23 Tournament, which begins Tuesday, March 1, at Mississippi College in Clinton. Seeding and brackets will be announced Friday, Feb. 26.

Following a 95-84 loss at Jones County Junior College back on Dec. 7, 2015, the Lady Warriors reeled off 19 straight wins, including 16 in the regular season and three in the MACJC State Tournament, en route to the state title.

The game seesawed back and forth in the first quarter after the Itawamba took an early 4-0 lead. A three-pointer by East Central’s Kalybriah Haskin with 9:00 to go in the second period gave the Lady Warriors a 21-18 lead that they would never give up.

East Central, which led 38-35 at the half, missed 10 of its first 12 shots to start the third period before settling in and pulling out to a 51-45 lead heading into the final stanza. The Lady Warriors controlled the final period leading by as many as 14 at one point before the final score of 75-63.

The three-point shooting of sophomore guard Samantha Duncan, a product of Oak Grove High School, kept the Lady Warriors in the game through the first two periods. Duncan had 18 points in the first half, including 5 of 9 from beyond the three-point arc. Johnta’ Hughes, a sophomore guard from Hattiesburg High School, scored all 12 of her points in the second half. Alexia McDonald out of Petal High School tied Duncan for game-high with 20 points, and Meridian High School product Miracle Rushing had another big night on the boards with 14 rebounds to go with 16 points and six assists.

East Central improved its season record to 24-2 with the win over the Lady Indians. Itawamba fell to 20-6.