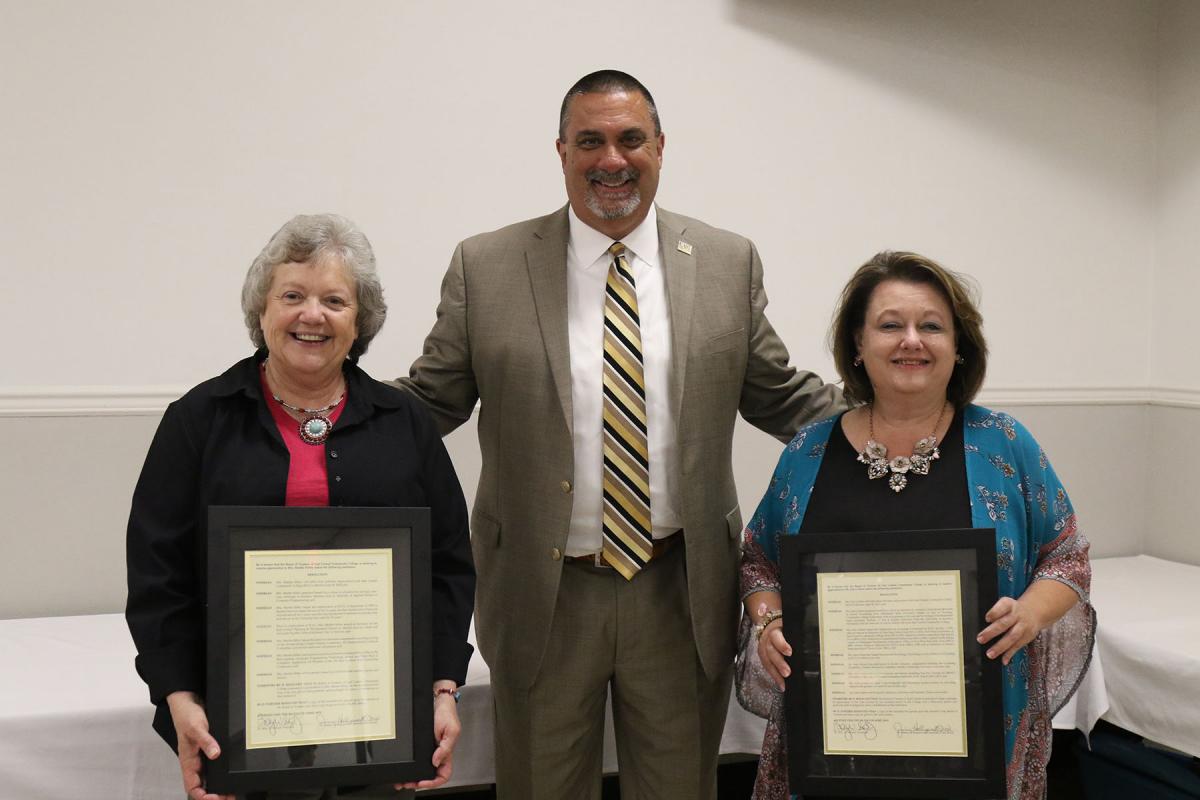 East Central Community College retirees Martha Sibley (left) of Newton, admissions and records clerk/transcript specialist, and Joan Grimes (right) of Union, eLearning coordinator, were recognized for their retirement during the college’s end-of-the-year luncheon held Friday, May 3, 2019, in Mabry Memorial Cafeteria. Sibley has served 24 years in the student services area and will retire at the end of June. Grimes, who has 34 years total in education, retired at the end of April after serving three years in eLearning and having earlier worked in the college’s Career & Technical Division. They are shown with college President Dr. Billy Stewart and resolutions he presented on behalf of the college’s Board of Trustees, which were also presented during the luncheon. Also retiring this year, but not pictured is Charles Cleveland, who has completed nine years as an HVAC/electrical specialist in the college’s Physical Plant Department. (EC Photo)