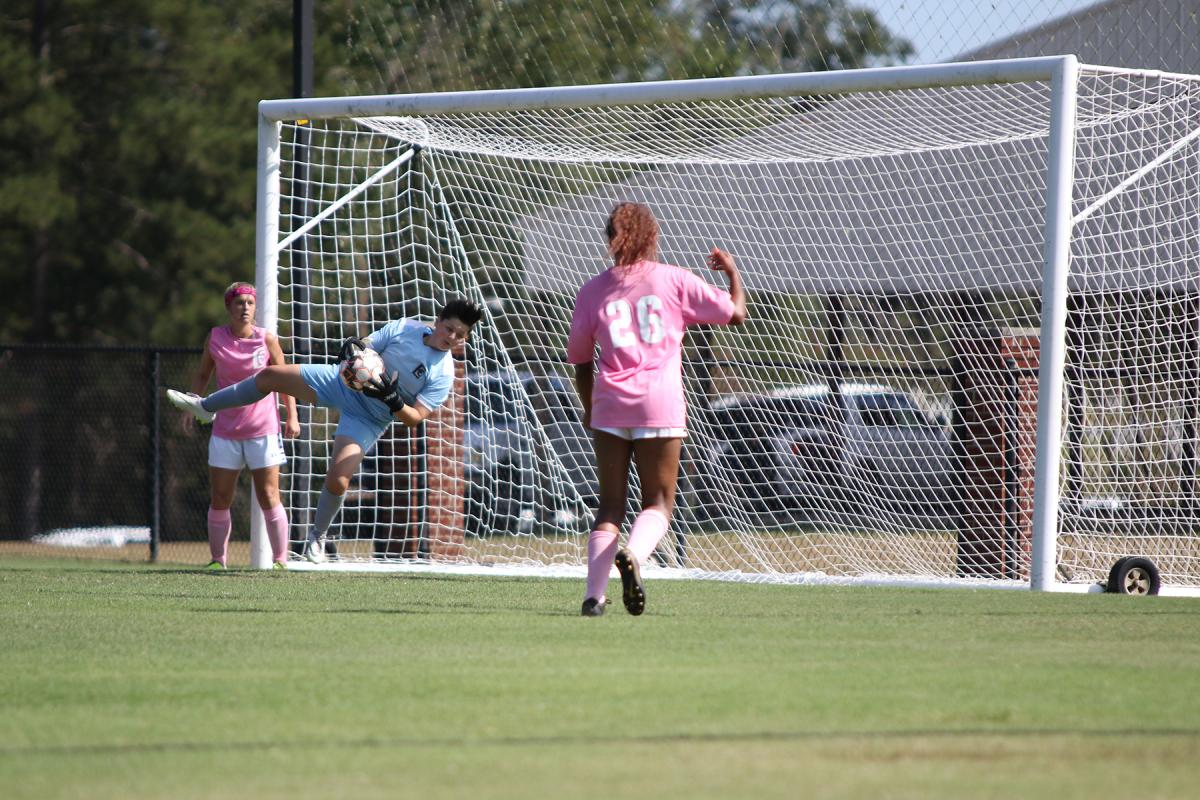 The East Central Community College Warriors got a goal in each half en route to a 2-1 MACJC North Division soccer win over the Itawamba Indians Tuesday, Oct. 8, at the Soccer Pitch in Decatur. In the first match of the day, the ECCC Lady Warriors lost 1-0 to Itawamba in two overtimes.

The win over the division-leading Indians was East Central’s third straight and moved the Warriors a step closer to qualifying for postseason play. The Warriors are now 6-8 overall and 3-3 in division play. East Central is in third place in division play, with the top three teams qualifying for the state playoffs. Itawamba fell to 8-4 overall and 5-2 in the division.

The Lady Warriors and Lady Indians battled through 90 minutes of regulation and into the second, and final, overtime period before Itawamba got the golden goal with 1:18 to play for the 1-0 win.

The loss dropped the East Central Lady Warriors 6-6-1 on the season and 2-4 in MACJC North Division play. The Lady Warriors remain tied for third place in the battle for the final playoff spot. The ICC Lady Indians improved to 11-3 overall and 6-1 in the division.

East Central will host Hinds on Friday, Oct. 11, when the Warrior and Lady Warrior sophomores will be honored between matches. The women will play at 5 p.m. and the men at 7 p.m. at Bailey Stadium on campus.

The final division matches of the year are Tuesday, Oct. 15, when East Central travels to Senatobia to face Northwest at 1 p.m. and 3 p.m. 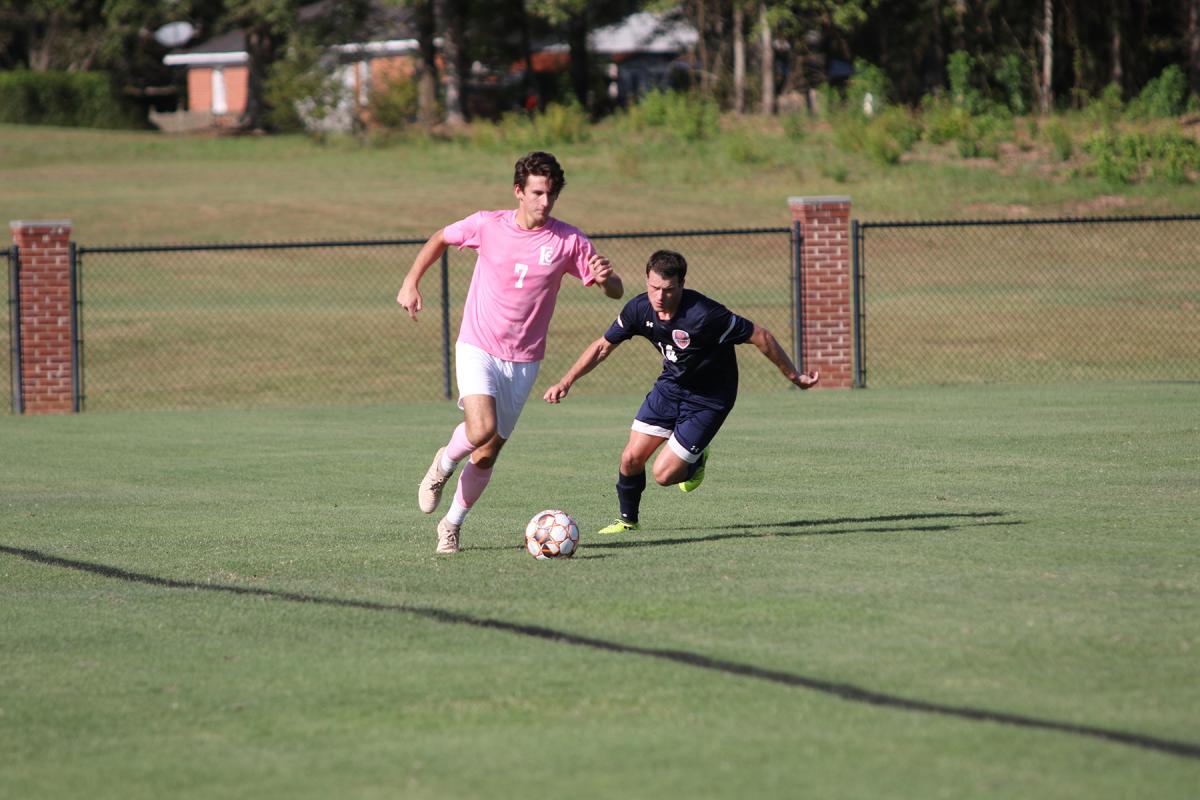 Freshman forward Kai VanCourt pushes the ball up the field in the win over Itawamba. (EC Photo)