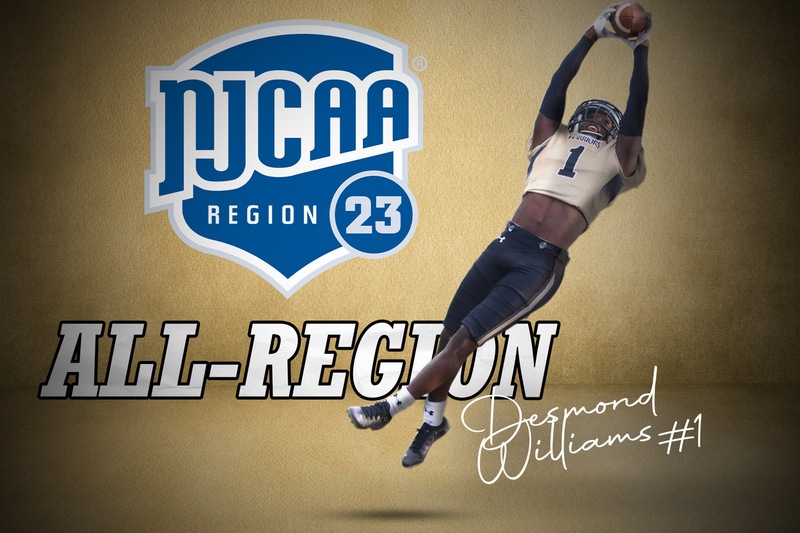 East Central Community College defensive back Desmond Williams (Forsyth, Ga.) added another honor to his resume as he was named NJCAA All-Region 23.

Williams, a third-year sophomore, shined this year at defensive back as he led the NJCAA in interceptions with seven. A notable performance came against Pearl River when he posted an ECCC record four interceptions on the way to a 17-14 win. The incredible performance earned him MACCC and NJCAA Defensive Player of the Week honors.

Along with his impressive interception numbers, Williams finished the season second in the nation in breakups with 14 and he led the nation with four blocks on special teams. Additionally, he racked up 304 kickoff return yards and returned a punt for an 81-yard touchdown. Williams finished his career at East Central with 23 games played, 103 tackles, 13 interceptions, 28 breakups, and 627 all-purpose return yards.