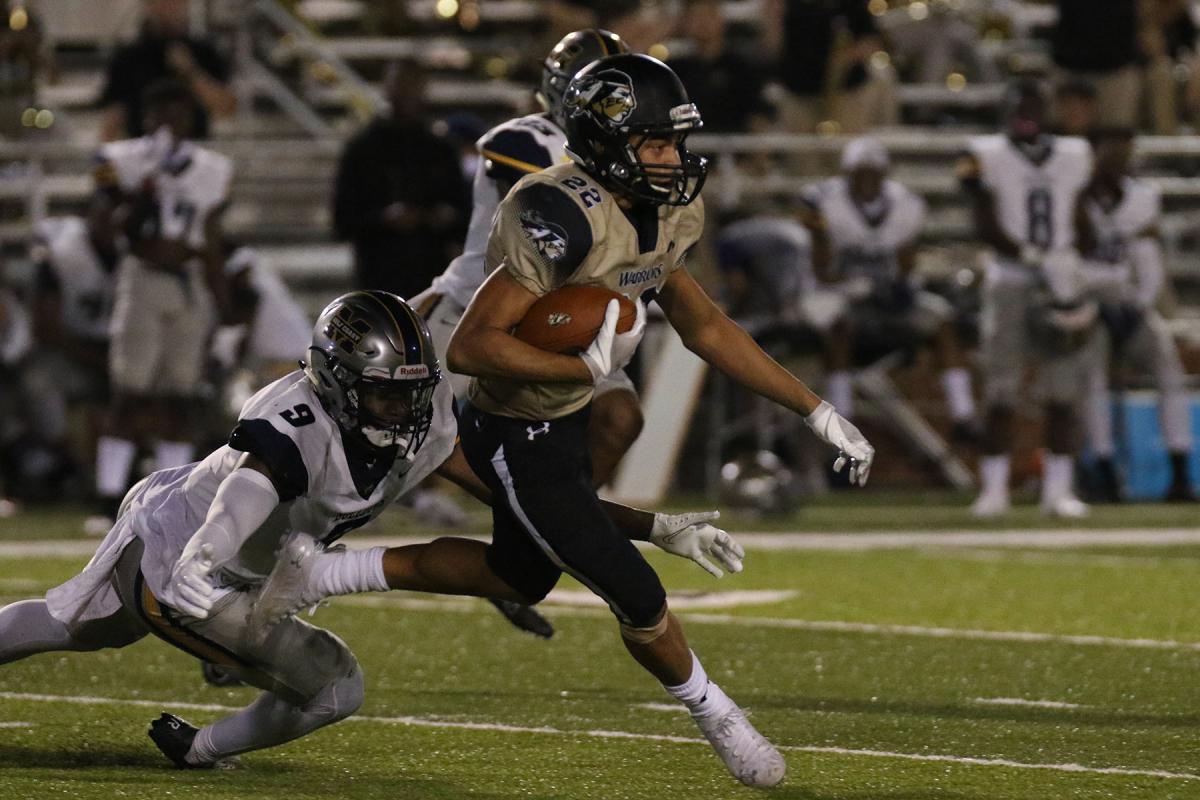 East Central fell to 1-3 overall on the season, while defending national champion Gulf Coast improved to 3-0.

It was the Bulldogs’ fifth straight win over East Central. Gulf Coast has now won 17 of the last 18 meetings between the two teams on the gridiron.

The Warriors got on the scoreboard first with a 32-yard field goal off the foot of sophomore Robens Beauplan (Lehigh Acres, Fla., Riverdale) with 12:15 to play in the first quarter.

After that it was all Gulf Coast. The Bulldogs also scored on their first possession of the game, driving 72 yards in six plays for the 7-3 lead.

Early in the second quarter, the Bulldogs pieced together a 96-yard, 10-play that culminated with a 48-yard touchdown pass and a 14-3 lead.

Gulf Coast extended the lead to 21-3 with 2:50 to go before halftime with a three-yard touchdown run. That drive was 81 yards in 12 plays.

Gulf Coast added 10 points late in the third quarter to build the lead to 31-3. After connecting on a 25-yard field goal, the Bulldogs recovered a Warrior fumble on the East Central six and were in the end zone three plays later.

The Bulldogs had 525 yards of total offense and 27 first downs in the win and held East Central to just 60 yards rushing and eight first downs. The Warriors turned the ball over four times, including three fumbles and an interception.

On the night, East Central’s Beauplan averaged 45 yards on eight punts. He had punts of 56, 51 and 61 yards in the first half pinning Gulf Coast inside their on five-yard line twice. He also had a 63-yard punt in the third quarter.

Next up for East Central is a road trip to Copiah-Lincoln on Thursday, Oct. 29. Kickoff from H.L. Stone Stadium in Wesson is set for 6:30 p.m. The Wolves will be playing their first game since Oct. 8 after temporarily suspending football operations for two weeks due to COVID-19 concerns. 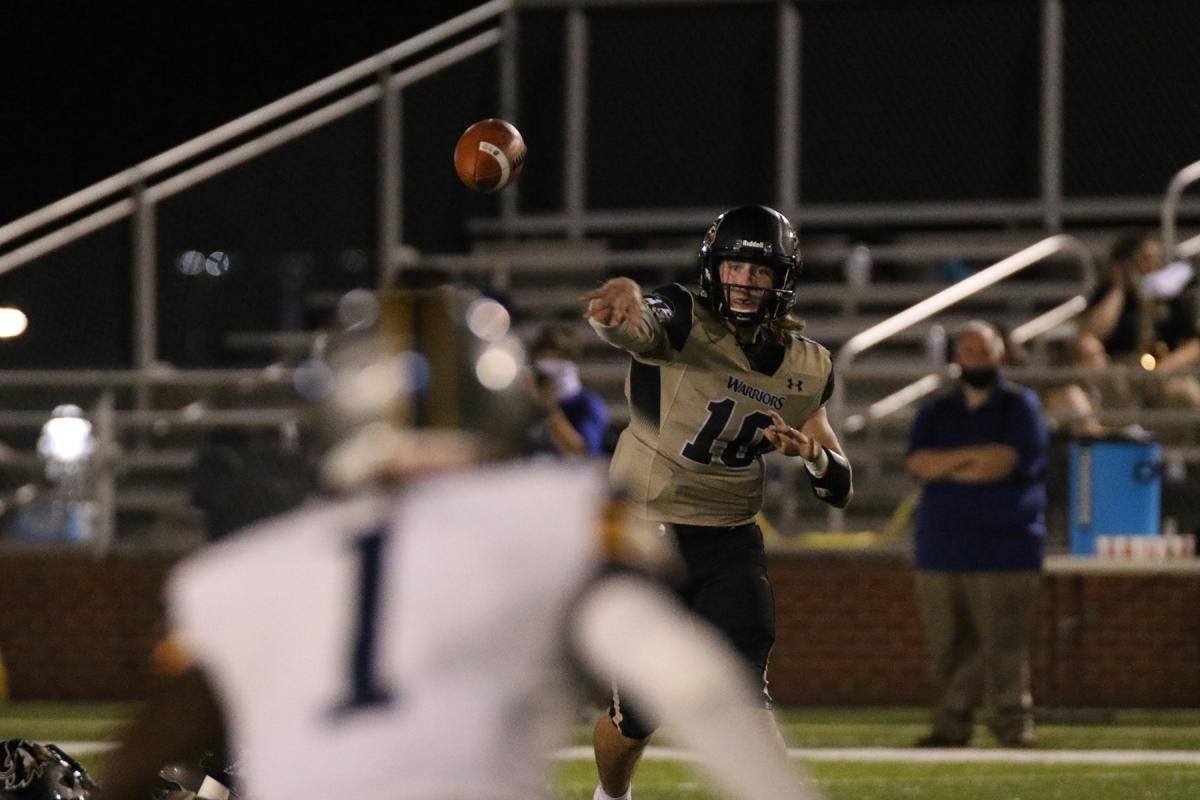 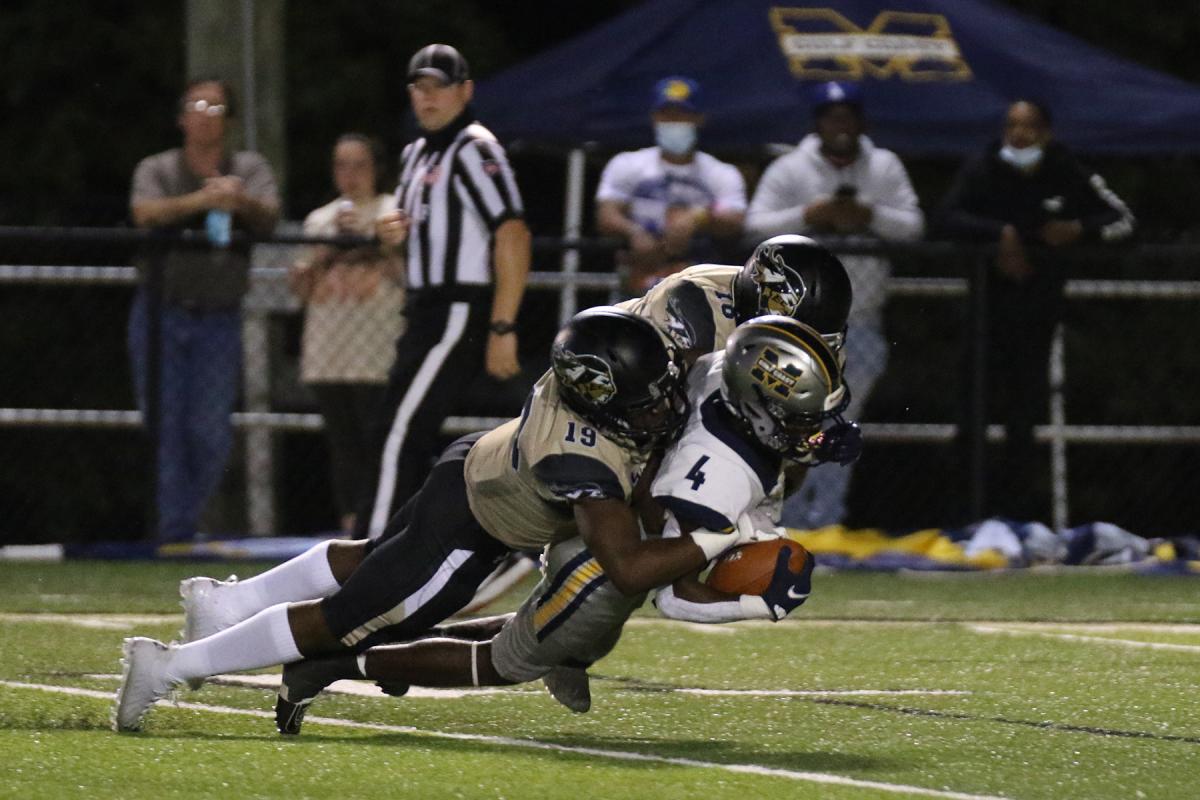