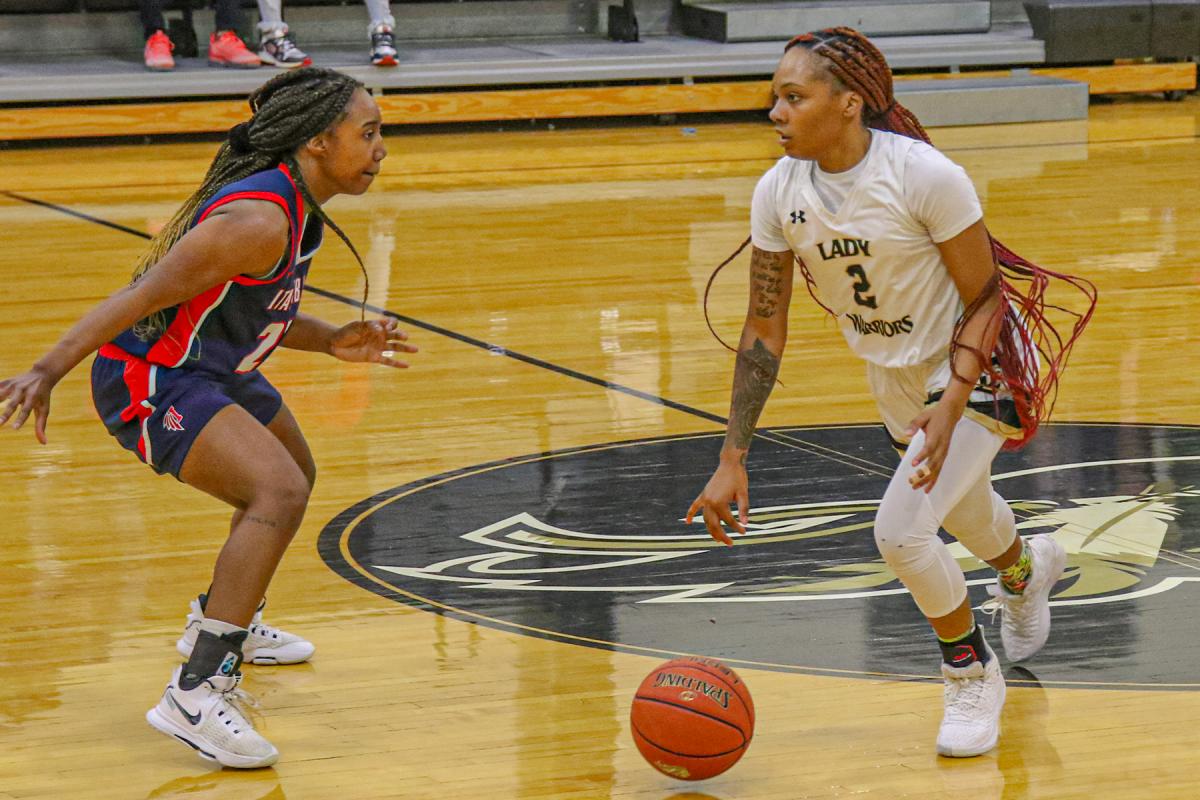 The East Central Community College Lady Warrior basketball team was finally back in action on Thursday night, Jan. 13, after a month-long break. The team dropped a contest with the Itawamba Lady Indians, 60-42. The Loss drops the Lady Warriors to 3-4 overall and to 0-3 in MACCC play, while ICC improves to 9-3, 4-0.

It was a tough start for ECCC as the Lady Indians jumped out to a 7-0 lead. The Lady Warriors got on the board three and a half minutes into the game and were able to cut the lead to just three, but a 10-5 ICC run put the Lady Indians on top 17-9 going into the second quarter.

The second quarter saw a little more pace for the Lady Warriors, but the game was ultimately kept close by stellar shooting at the free-throw line from ECCC. At the break, the Lady Indians led, 31-22.

ECCC was outscored 16-8 in the third quarter after a 12-0 run grew the ICC lead to 20, 44-24. Faith Guy (Enterprise) finally hit back for ECCC with a big three-pointer, but it was not enough as the Lady Indians were able to hang on to their lead throughout the fourth and secure the win.

The Lady Warriors are back in action on Saturday, Jan. 15, at 2 p.m. as the team travels to Utica to take on the Hinds Lady Bulldogs. The contest was originally scheduled for this past Monday but was postponed for COVID protocol.