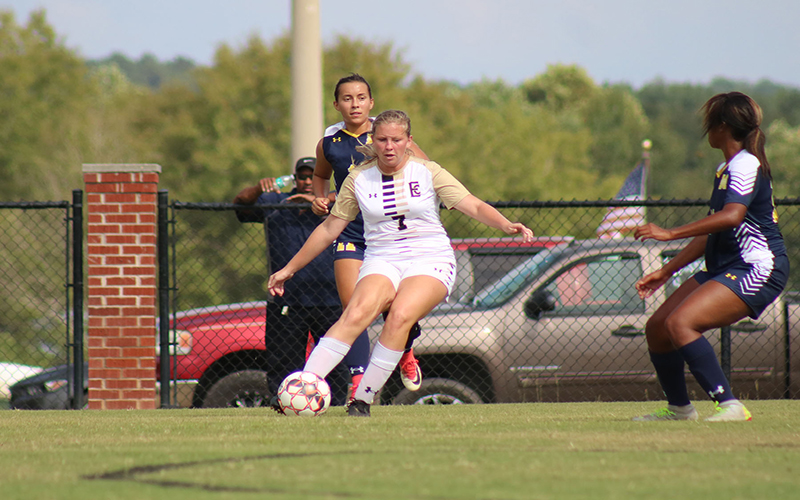 The tie moves the Lady Warriors to 1-0-1 on the young season.

Pearl River was on the board early as Briana Carr poured in an unassisted goal just 12 minutes into the match.

The Lady Warriors eventually hit back with just three minutes remaining in the first half as Seline Decoteau (Pascagoula) fielded a great pass from Brendaisha Garrett (Gautier). Decoteau found the back of the net knotting the game one-all.

The second half was a defensive showcase as the two squads both fought for position. Late in the second half, the Lady Warriors had a great look for a potential go-ahead goal, but the shot missed just wide right.

ECCC is back at home in Bailey Stadium on Friday, April 9, as the Southwest Lady Bears make the trip to Decatur for an 11 a.m. match. Fans that can not attend can watch the action live at www.eccclive.com/gold.