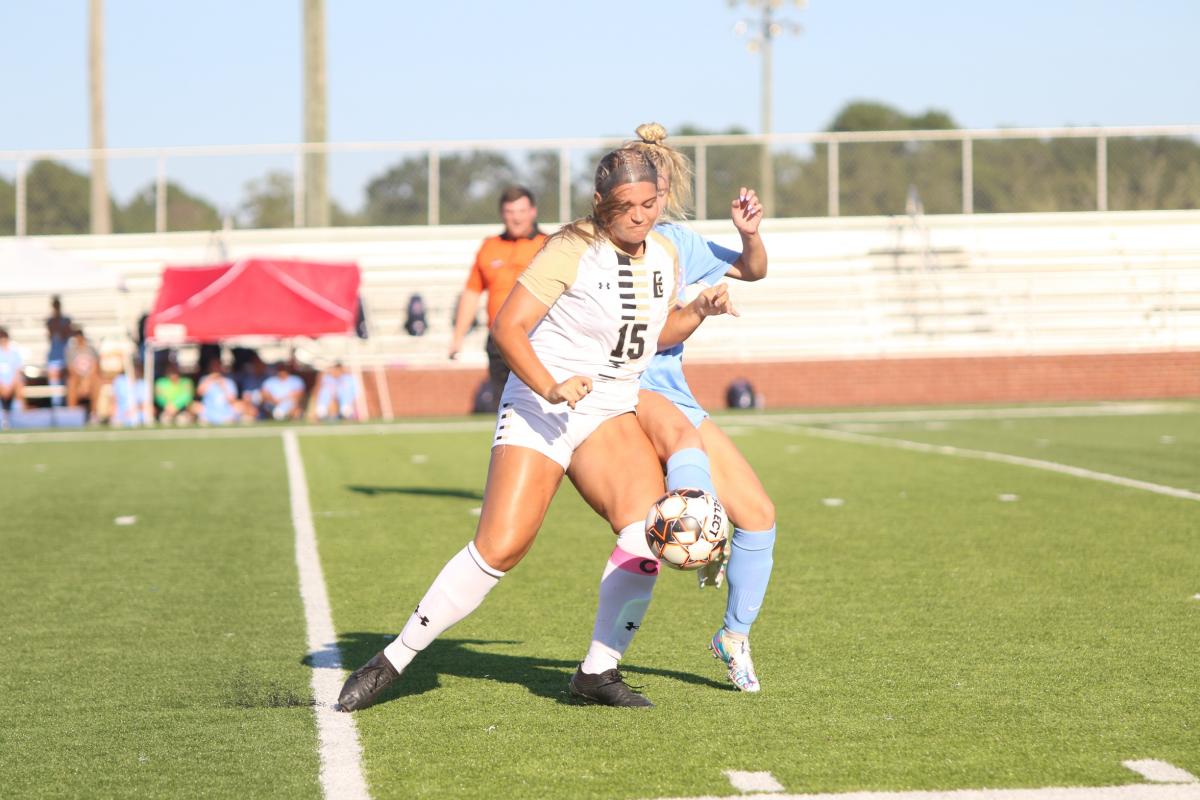 The No. 2 East Central Community College Lady Warriors lost their first match of the season on Friday, Sept. 10, as the Lady Rangers from Northwest Mississippi Community College downed the home-standing Lady Warriors, 3-1. Northwest came into the match unranked but averaged over five goals a game with an explosive offense and a 5-0 record, which had them receiving votes (RV) in the latest national poll. The loss improves NWCC to 6-0, 1-0 and drops ECCC to 4-1, 0-1.

The Lady Rangers were first on the board as 22 minutes into the game they capitalized on a corner kick that lead to a go-ahead header. Later in the half, off another corner, the Lady Rangers found the back of the net again to grow the first-half lead to 2-0.

The Lady Warriors regrouped in the second half and put a shot in the back of the net early on a great cross, but the goal was wiped from the board as offsides was called. The Lady Rangers scored another midway through the second stretching the advantage to 3-0.

The Lady Warriors never gave in and continued to fight throughout the match. With less than 10 minutes on the clock, Gabby Falla (Hattiesburg) sent a rocket pass nearly 60-yards in the air off a free-kick and Kara Wager (Lucedale) finished the play with a one-touch header cutting the lead to 3-1.

ECCC is on the road on Tuesday, Sept. 14 as the team travels to Fulton to take on the Itawamba Community College Lady Indians in another MACCC North Division matchup as the Lady Warriors look to even their division record. Kickoff is scheduled for 2 p.m.

"We've got to recover, analyze film, and prepare for ICC Tuesday," said Joiner. "This league is so competitive and any day, anyone can win, and today showed the quality of the MACCC."