Northeast Mississippi Community College found the end-zone with 28 seconds left in the ballgame to pull out a 24-21 win against the East Central Community College in football action Thursday, Sept. 8, in Bailey Stadium on the Decatur campus.

For the second straight week the Warriors faced a back and forth battle.

Northeast began the scoring with a 37-yard field goal to go up 3-0 with 5:30 left in the first quarter.

ECCC then recovered a Northeast fumble on the ensuing kickoff which allowed running back Dwayne Barnett of Harrison Central High School to score from six yards out with 8:40 remaining in the first half.

The Warriors led 14-3 at halftime.

The Northeast Tigers were able to score two more touchdowns in the third quarter to take a 17-14 lead.

East Central sophomore running back Mikell Daniels of Forest High School would score on a four-yard touchdown run with 12:43 left in the game to give the Warriors the lead back at 21-17.

The Warrior defense could not hold off the Tigers from scoring on fourth-and-eight with 28 seconds to play when Northeast quarterback Mason Cunningham found wide receiver PaDarius Martin in the end zone for the win.

For East Central, Marino was 11 for 19 through the air for 148 yards. Barnett was the leader in rushing yards with 56 total yards for the Warriors on 16 attempts. Gibson was the top receiver with 60 yards. Torran (Malik) Davis of Red Bank (Tenn.) High School was the leading tackler with 11 tackles and one tackle for a loss.

The Warriors, 0-2, will travel to Poplarville next Thursday, Sept. 15, to face the Pearl River Community College Wildcats at 6 p.m.

If you can't watch East Central Community College play in person, follow the Warriors on the radio or watch them on live stream video. Tune in to WKOZ “Cruisin” 98.3 or watch live at www.eccc.edu. 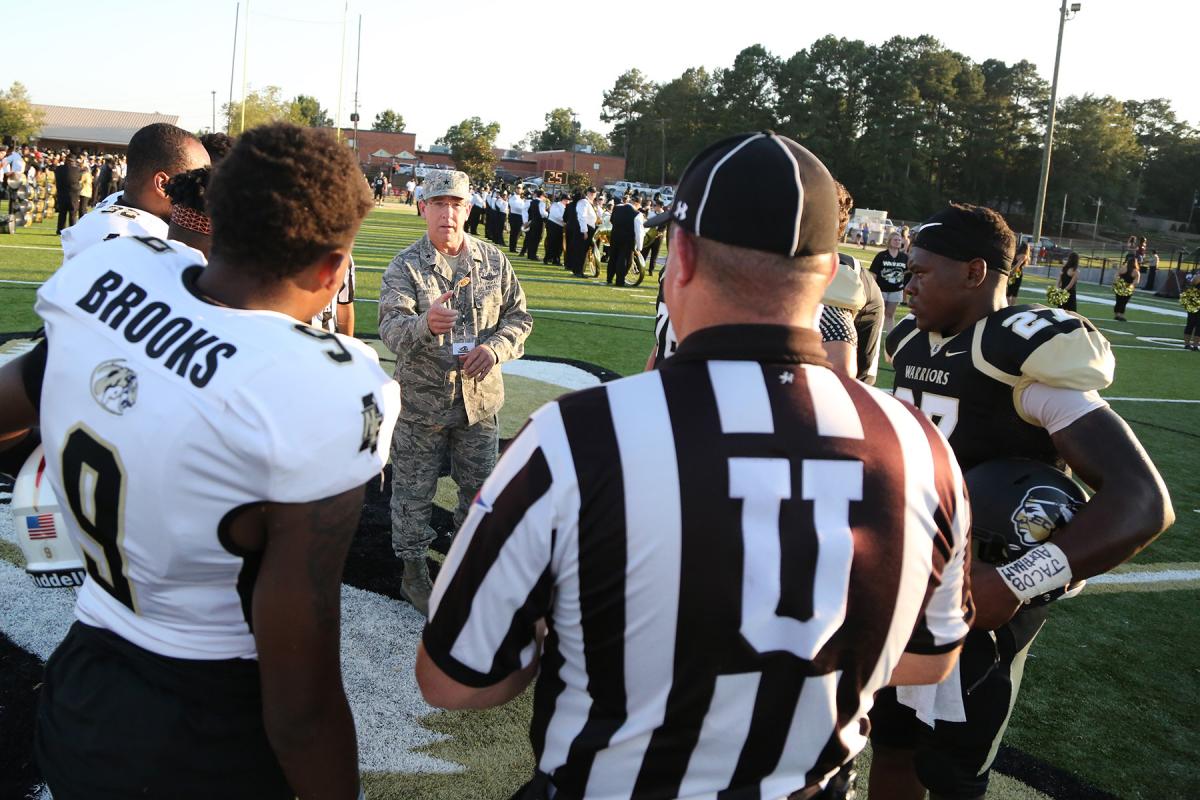 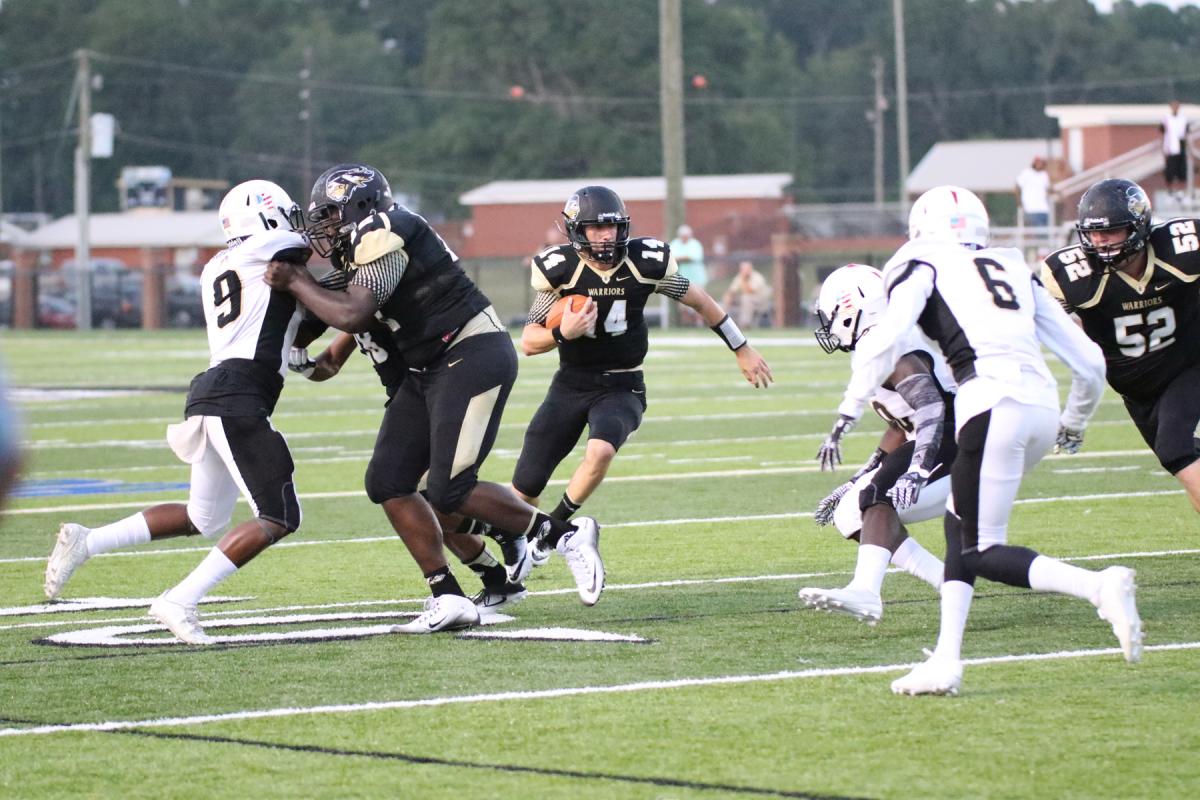 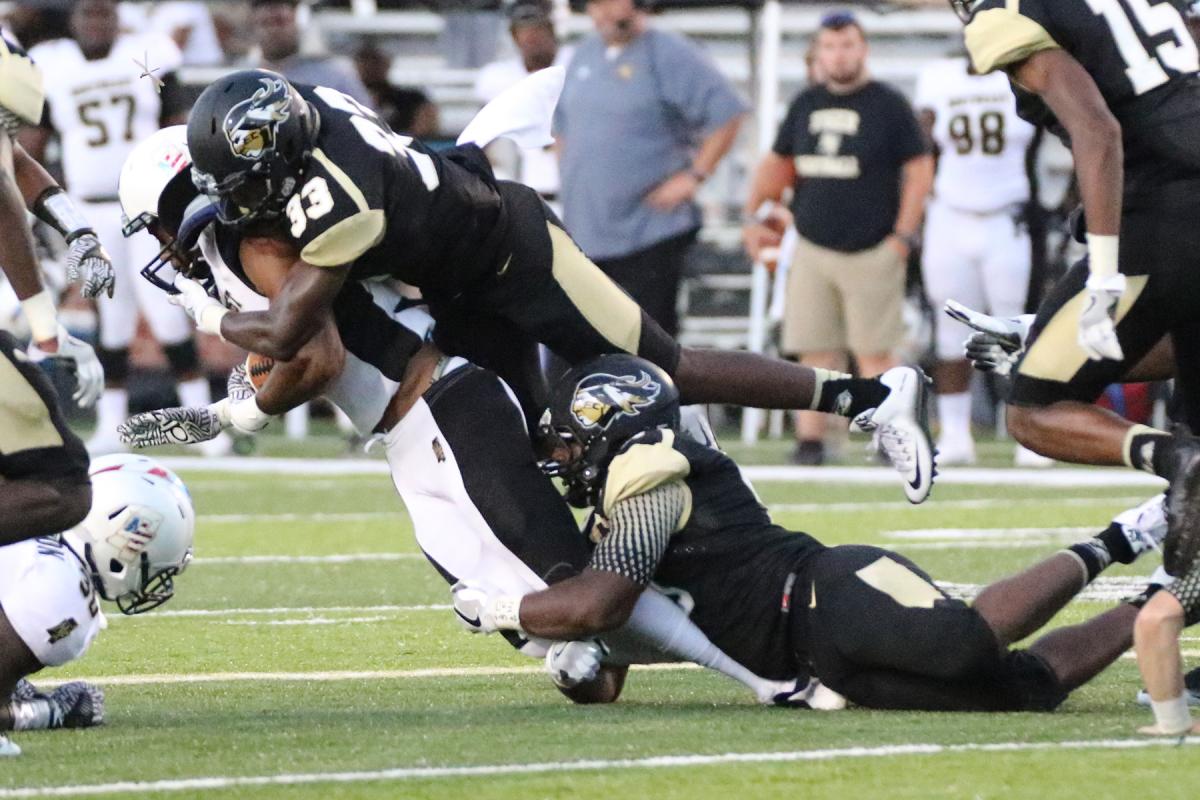 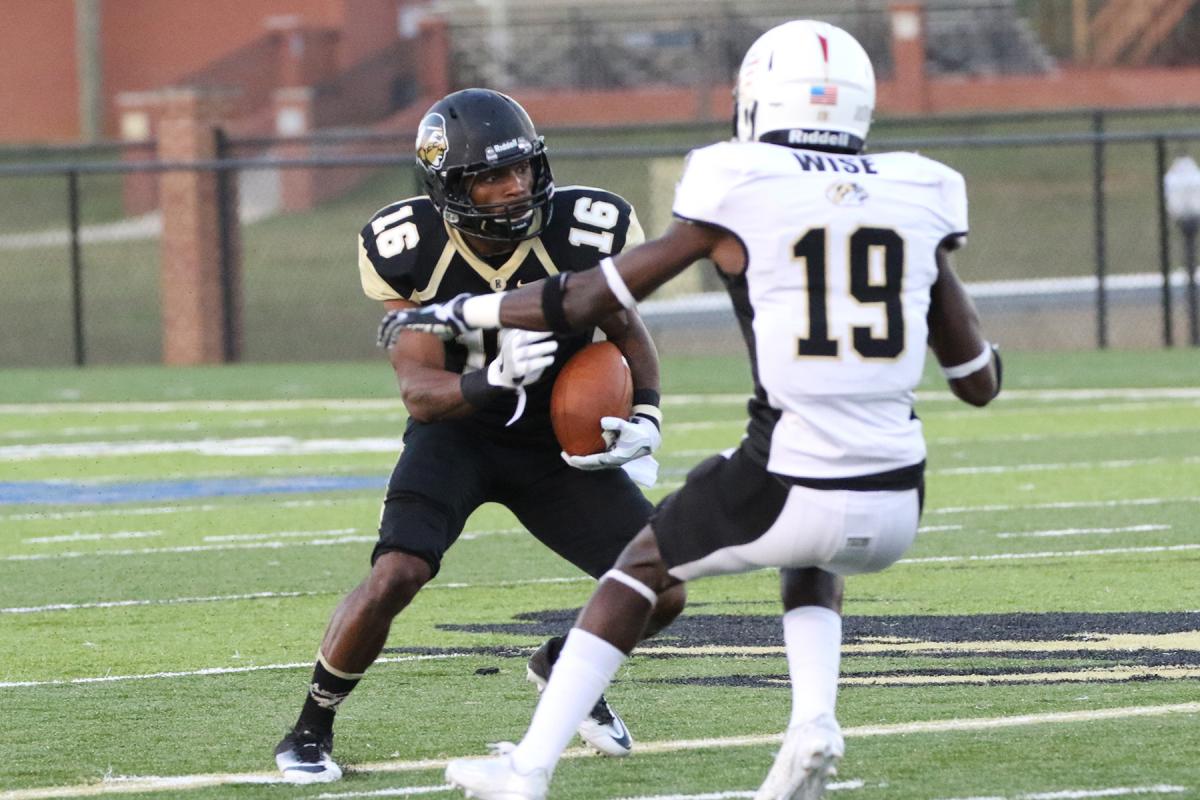 Cutline: (Top Left) Brig. Gen. Todd Wall of Decatur tosses the coin at midfield prior to the game on Military Appreciation Night in Bailey Stadium;
(Top Right) East Central quarterback Dom Marino looks for the hole on a keeper;
(Bottom Left) Warrior defenders double team a Northeast runner on a defensive take down;
(Bottom Right) ECCC's Toriano Howard Jr. puts a move on a Northeast defender on a punt return.