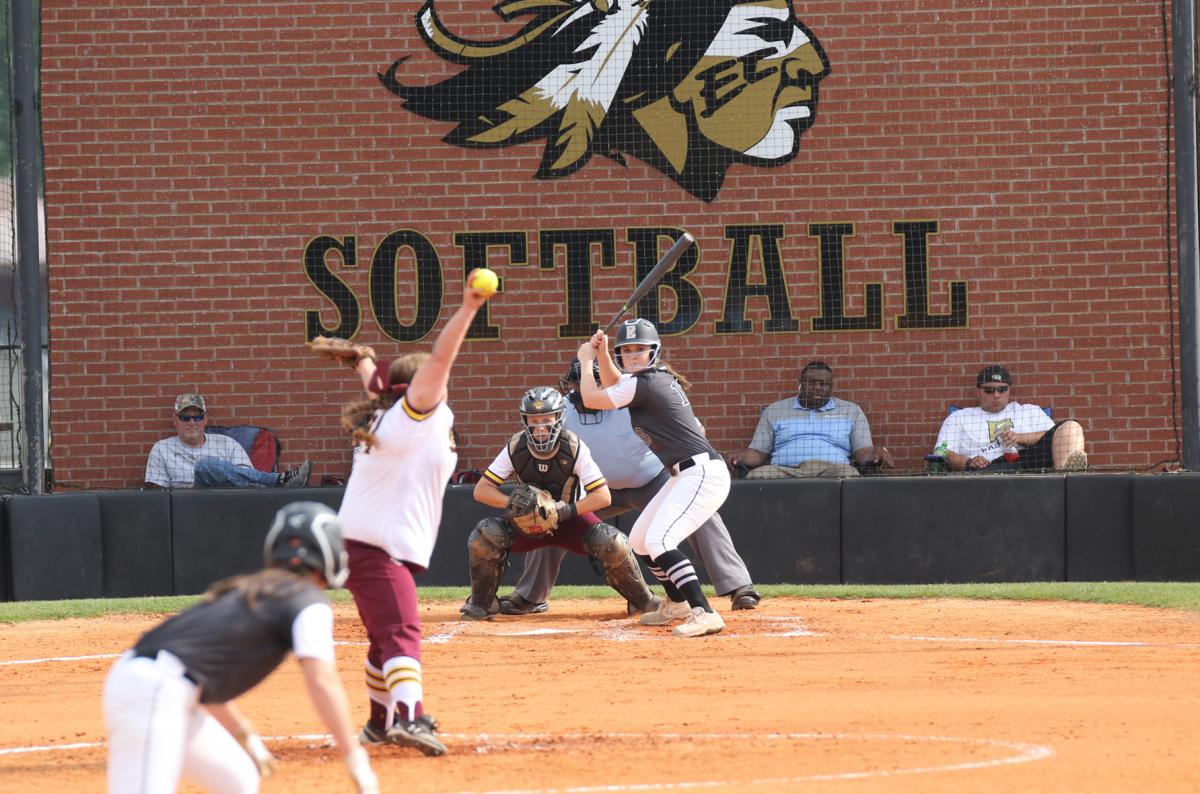 Freshman outfielder Olivia Clay of Lake waits for the pitch in game one of East Central’s sweep of Pearl River. (EC Photo)

The No. 12 ranked East Central Community College Lady Warriors rode another big day at the plate, including five home runs, to knock off the Pearl River Lady Wildcats in MACJC doubleheader action Tuesday, April 30, at the Softball Park in Decatur.

East Central had to battle from behind in both games in taking a 14-5 run-rule win in five innings in game one and then a 10-5 win in game two.

It was wins number 12 and 13 in a row for the Lady Warriors, who are in sole possession of fourth place in the 15-team league and have already clinched a berth in the MACJC State Tournament next week.

Game one saw 19 runs and 27 hits between the two teams. The score seesawed back and forth, with Pearl River taking a 1-0 lead in the top of the first before East Central scored three in the bottom of the frame and two more in the second inning to go up 5-1.

Freshman shortstop Hannah Dufault (Hurley, East Central) ended the game with a three-run homer to center field in the bottom of the fifth. Dufault also had a two-run double to give her five RBI in the win.

East Central banged out 16 hits in the five-inning affair while the Lady Wildcats had 11.

Freshman Braelyn Boykin (Mize) threw all seven innings for East Central to get the win in the circle. She gave up eight hits and five runs on the night.

Dufault ended the day with two homers, a double, a triple and seven RBI. Barnett had six hits in eight trips to the plate to go with three stolen bases.

East Central closes out regular season play when the Lady Warriors host Northwest on Thursday, May 2, with the first pitch at 2 p.m. The doubleheader can be heard on WKOZ “Cruisin” 98.3 or watched via live stream video at www.eccc.edu/eccc-media. 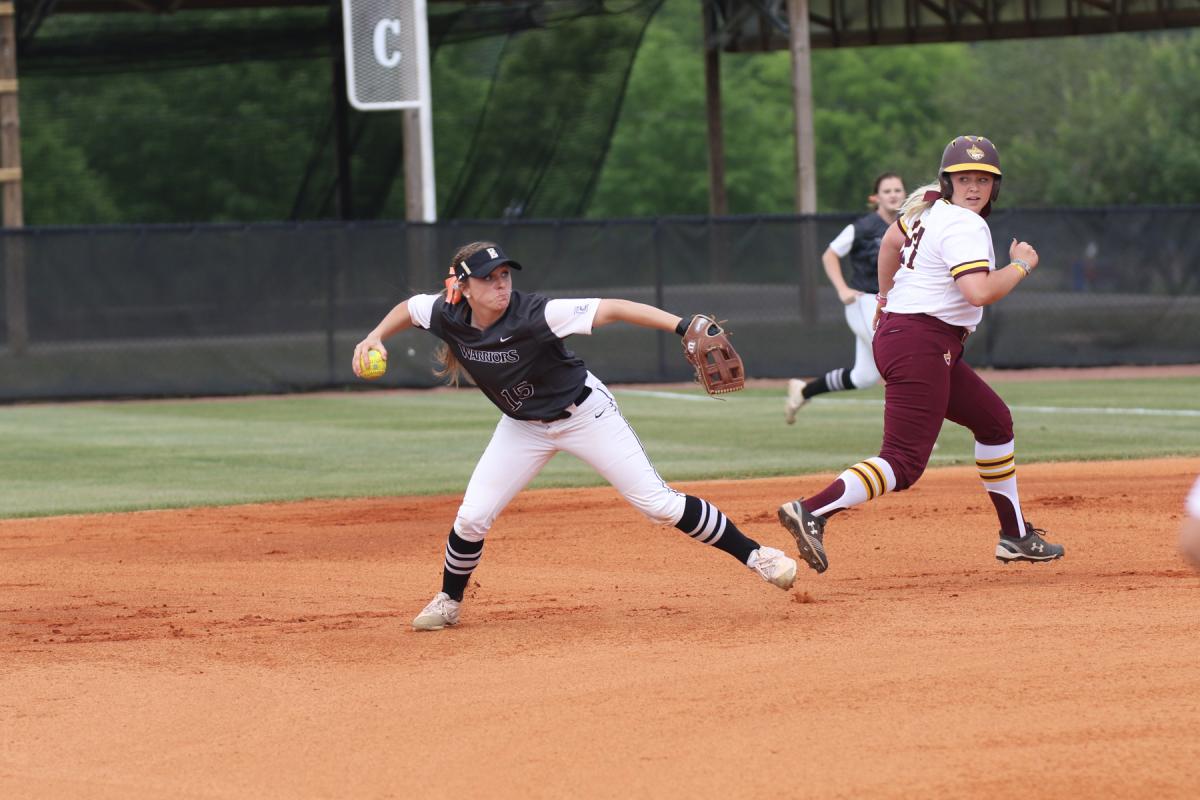