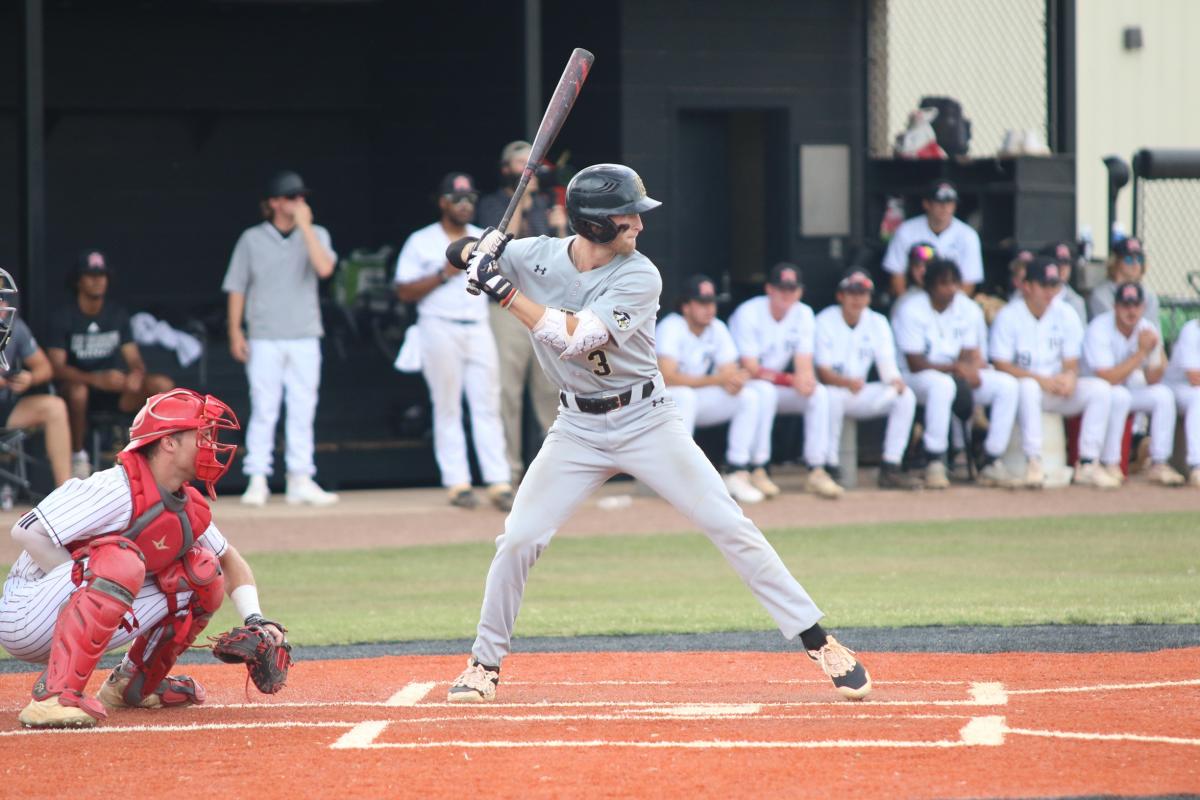 The East Central Community College Warrior baseball team dropped a tight one to East Mississippi in game one of the NJCAA Region 23 best-of-three play-in series on Thursday afternoon, May 5, in Scooba. The Warriors led by as much as 5-1 in the seventh, but the Lions came back to grab the win late in the contest. The loss moved the Warriors to 29-16 on the year, while East Miss improved to 26-16.

The Warriors were the first on the board on Thursday as Coleton Smith roped a double to center in the top of the second to plate Kade Turnage, who reached earlier in the inning with a double of his own.

A solo homer from EMCC in the bottom of the third knotted the game at 1-1, but the Warriors pulled right back in front in the top of the fourth with a hard RBI from Ramie Harrison to score Turnage.

The next few frames were a pitching duel, but ECCC's Austin Lee checked in as a pinch hitter and stepped up in a big way with a powerful double to right field to score Turnage yet again. The shot put the Warriors on top, 3-1.

That lead shot to 5-1 in the top of the seventh with a two-run RBI double from J.T. Vance that hit off the fence in right field. Trey Lewis and Eli Collins scored on the play. Lewis reached on a walk, and Collins reached on a fielder's choice.

The Lions responded in the bottom half of the seventh with an eight-spot that was led off with a solo homer. A pair of errors, an RBI single, and a three-homer, Carson Gault's second long ball of the inning produced the additional runs. The big frame put the Lions on top, 9-5.

Trailing by four going into the ninth the Warriors buckled down and led off the frame with two baserunners in Lewis and Collins. Turnage got the Warrior dugout on their feet just a few batters later as he hammered a three-run homer that cleared the leftfield fence. The three-run bomb cut the lead to just one, 9-8, but it was all she wrote for the Warriors in the ninth.

Harrison led the Warriors at the plate going three-for-five on the day, while Turnage was two-for-five. Turnage drove in three runs and scored a team-high three runs himself. Collins, Austin Green, Vance, Smith, and Lee all posted one hit.

Beau Bates led EMCC with three hits, while Gault had a pair of hits and a team-best four RBIs.

Grant Edwards got the start for the Warriors and threw six innings. Edwards gave up four runs – three earned – on five hits with seven strikeouts to just one walk. Miles Miller, Luke Odom, Dagan Martin, and Ervin Simmons all threw in relief. Miller picked up the loss for ECCC, while Austin Garrison got the win for the Lions.

The Warriors and Lions will be back in action for game two of the best-of-three series tomorrow, Friday, May 6 at 2 p.m. in Scooba. The game will again be carried live at emccathletics.com/live.