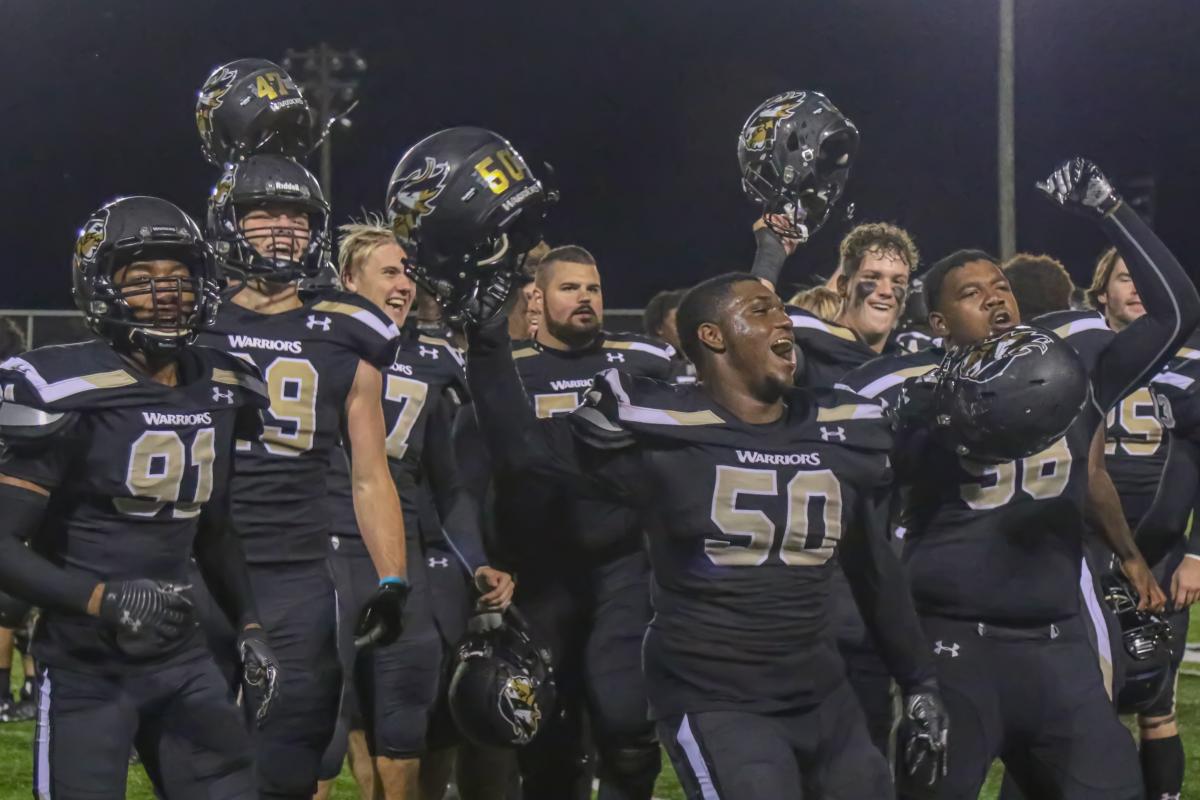 It was a tale of two halves for the East Central Community College Warriors on Thursday night, Oct. 28, as the team rattled off 30 points in the final 30 minutes of the season to close out 2021 with a 30-18 victory over the Coahoma Community College Tigers. The win pushed the Warriors to 3-6 overall on the year and dropped the Tigers to 4-5. The game also served as sophomore night as it was the last game of the season. 24 Warriors were honored prior to kickoff and the group defended their home turf valiantly to wrap up their ECCC careers.

There was nothing going in the Warriors' way in the opening half of play as ECCC posted just six yards of total offense, one first down, and punted five times all while surrendering a pair of rushing touchdowns to the Tigers. Coahoma missed both extra points to take a 12-point lead into the locker room.

Despite trailing, ECCC came out of Warrior Hall with a swagger about them. The Warriors' opening drive was stalled, but the momentum quickly shifted into ECCC's favor after Ke'Sean Johnson (Quitman) picked off a Coahoma pass on just the second play of the ensuing drive. The sophomore took it 38-yards to the house for ECCC's first defensive touchdown of the year, but more importantly, the first of the game against the Tigers. With Jaren Van Winkle's (Pinson, Ala.) extra point, the Warriors trailed by just five, 12-7.

Johnson's interception sent a bolt of energy through Bailey Stadium as the Warriors forced a quick three-and-out and were back in possession. Led by signal caller Gabriel Larry (Manvel, La.), the Warriors manufactured a six-play, 66-yard drive. Larry connected with Tay Simms (Morton) on a 22-yard pass to get into Coahoma territory before calling his own number and scrambling 39 yards for a touchdown. Van Winkle knocked in the extra point to put ECCC on top, 14-12, with nine minutes remaining in the third.

The big frame was not over the Warriors as Desmond Williams (Forsyth, Ga.) set ECCC's offense up with great field position after returning a Tiger punt 38 yards to Coahoma's own 19-yard line. Four plays later, Larry hit Keyser Booth (Bassfield) for six. The point after failed, which gave the Warriors a 20-12 advantage heading into the final 15 minutes of the 2021 season.

Coahoma opened the fourth quarter with a grueling, 13-play, 83-yard drive that lasted nearly six minutes. The lengthy possession ended in a Jakobi Jackson touchdown run, his second of the night. The Tigers went for the tie with a two-point play, but the passing attempt failed as Trustin Northington (Bay St. Louis) intercepted it at the goal line, keeping ECCC on top, 20-18.

The Warriors responded with a clock-eating, six-minute drive that was capped off with a 39-yard Van Winkle field goal, extending the lead to 23-18 with just 4:40 remaining in the game.

ECCC's defense dug their heels in on the ensuing Tiger possession and forced a punt as Coahoma looked to make a stop and get possession one final time. Unfortunately for the Tigers, Williams posted another stellar return. This one, a 33-yard return, put the Warriors on Coahoma's 20-yard line. Courtland Harris (Hattiesburg) got the Warriors within the Tiger 10-yard line on a 16-yard, hard-nosed run, and Larry Wilson (Hazlehurst) put the game away with a six-yard plunge for a score.

The Warriors were outgained by the Tigers 377 yards to 147 yards, but sheer grit and timely stops pushed the Warriors to victory. ECCC converted 7-of-16 third downs (43.8 percent), a much-improved performance that extended drives and helped seal the win. Larry finished with 55 yards in the air and a team-high 47 on the ground, while Harris was next in the rushing attack with 31. Simms posted 22 receiving yards to lead ECCC's receiving corps. Defensively, Johnson wrapped up seven tackles, a sack, and two tackles for loss to go along with his pick-six. Equandric Ross (Prentiss) led the Warriors with 11 tackles and three tackles for loss, while Anthony Thomas (Stringer) added nine tackles.

The Warriors now turn their attention to offseason preparation for the 2022 season.