Warriors Look Ahead to Best-of-Three Series 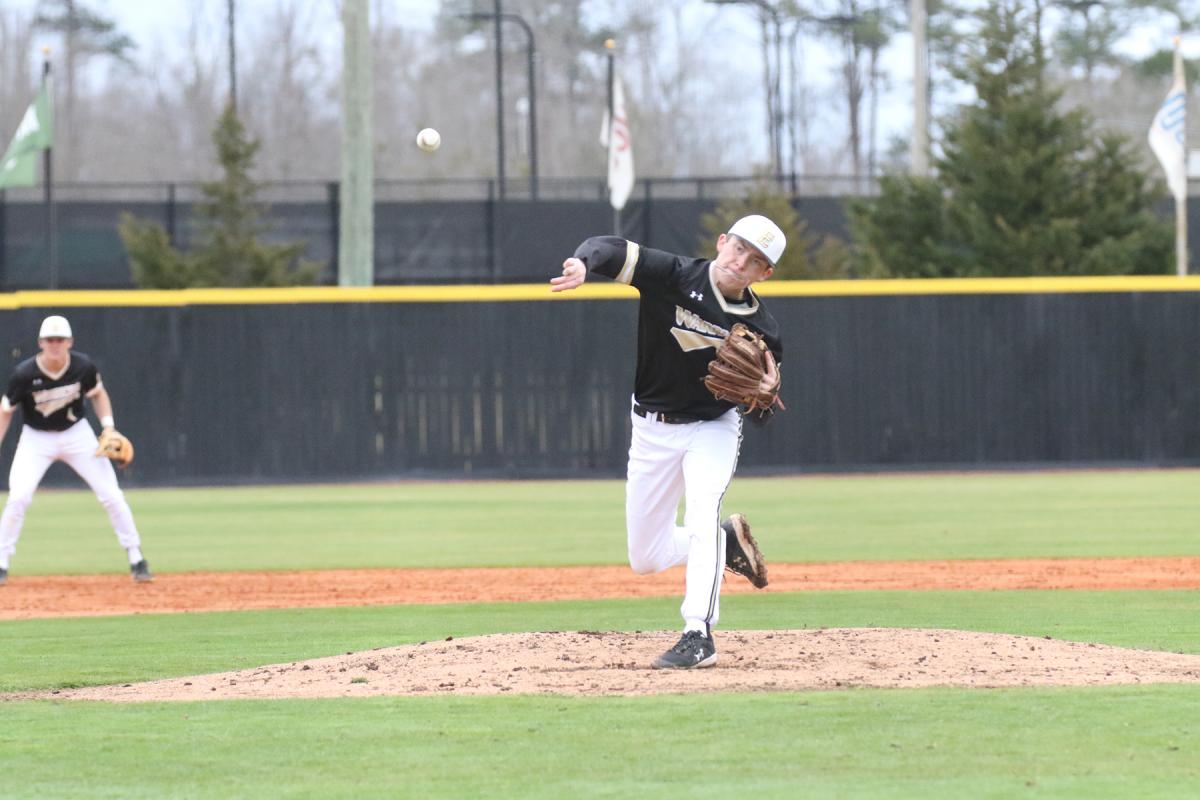 The East Central Community College baseball team is back at home at the Clark/Gay Baseball Complex this weekend for the NJCAA Region XXIII playoffs. The No. 3 seeded Warriors are set to take on the No. 7 seeded Northwest Rangers in a best-of-three series beginning on Friday, May 7. The winner of the series moves on to a tournament hosted by Pearl River in Poplarville beginning Monday, May 17. ECCC is 0-3 against the Rangers so far this season and is coming off a win over Meridian and loss to Gulf Coast in a non-divisional, round-robin event late last week.

A pair of three-run innings was the difference-maker in the Warriors' win over Meridian in a late-season, round-robin hosted by Mississippi Gulf Coast.

The Eagles jumped out in front with five runs over the first frames, but ECCC plated one in the second and poured in three in the fourth with a pair of RBI singles from Eli Harrison(Little Rock) and Branson Sharpley (Taylorsville). Another Warrior run in the fifth tied the game at 5-5.

ECCC blew it open in the seventh as Jesse Boydstun (Louisville) scored on a wild pitch, Harrison drove one in on a sac fly, and an error allowed Kade Turnage (Picayune) to score. Amani Larry (Bossier City, La.) added an insurance run in the eighth on a sac fly to help lead the Warriors to the 9-7 win.

Jacob Holifield (Semmes, Ala.) got the win on the mound as he went one and one-third innings, allowing zero runs on zero hits and walking zero. Four pitchers entered the game as relief for ECCC, with Roper Ball (Noxapater), Trevor Waddell (Madison), Walker Johnson (Mantee), and Miles Miller (Toomsuba) all securing outs and ultimately the victory. Johnson recorded the last four outs to earn the save.

Clayton Cook (Mize) led the Warriors with three hits while Harrison's three RBIs were a team-best.

The bats were not as hot for the Warriors in the second game of the day as the Bulldogs escaped with a 7-2 victory. The Warriors' runs came from a two-run homer from Ball that cleared the centerfield wall and scored Cook who singled earlier in the frame. The shot gave ECCC a 2-1 lead, but the Bulldogs rallied back with three in the bottom of the third, two in the fourth, and another in the fifth.

Ervin Simmons (Greenville) got the start and loss at pitcher. He lasted two innings, allowing two hits and one run while striking out three and walking one. Gage Tufnell (Hurley), Brian Johnson (Ridgeland), Gates Pee (Clinton), and Hayden West (Decatur) all saw action on the mound in relief.

Cook, Ball, and Turnage each posted one hit at the plate while Ball's homer led the way with two RBIs.

The Warriors' series against Northwest is set for a 6 p.m. start on Friday, May 7. Game two will start at 2 p.m. on Saturday, with game three immediately following if necessary. All contests will be nine-inning games and can be seen live at www.eccclive.com/gold.