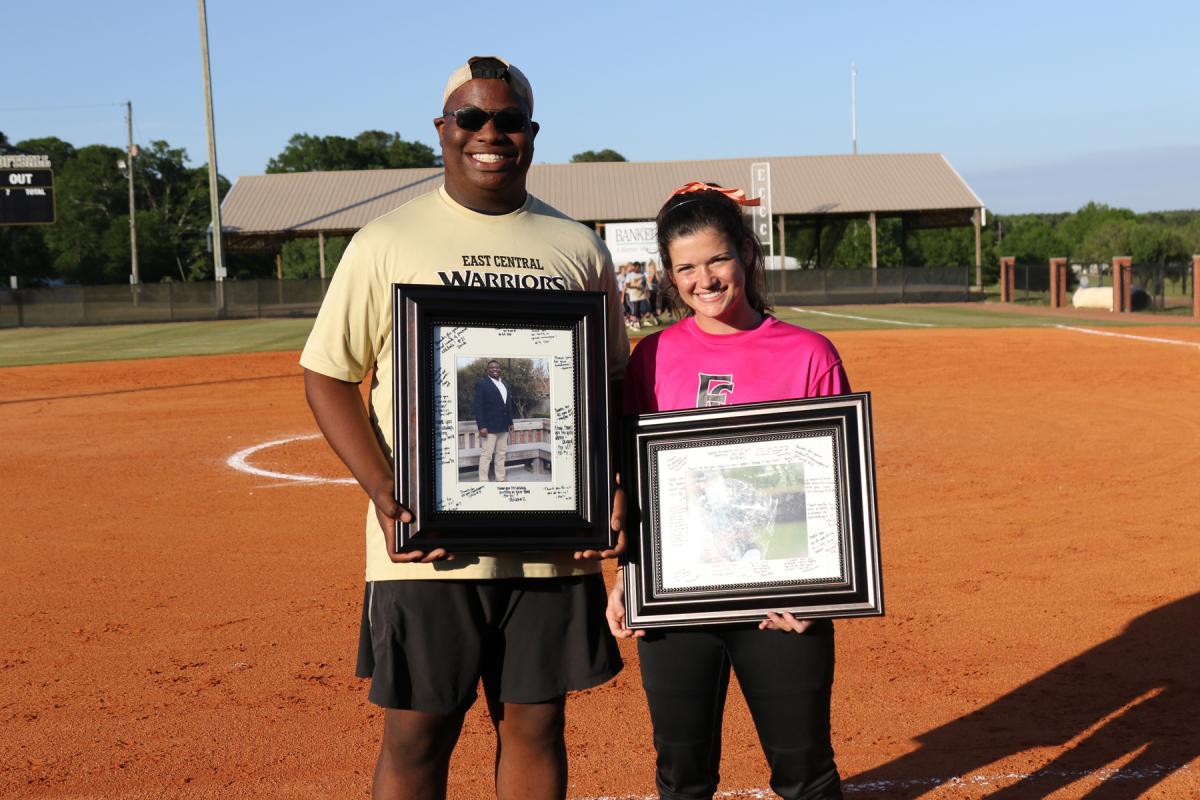 The No. 12 ranked East Central Community College Lady Warriors lost their first softball game in almost a month, but came back to win the nightcap and salvage a doubleheader split with the Northwest Rangers in the final regular season action of the season Thursday, May 2, at the Softball Park in Decatur.

Northwest won the opener 5-0, the first time East Central had been shutout this season. East Central responded in the nightcap with a 9-1 run-rule win in five innings.

The Lady Warriors were riding a 13-game winning streak at the start of the day dating back to April 9.

The Lady Warriors now await their seeding and opponent in next week’s MACJC State Tournament to be held on the home field of the team with the best regular season record.

It was Sophomore Day at the ECCC Softball Park as East Central honored the only sophomore on its roster, shortstop Annika Jones who prepped at Leake Academy. Sophomore manager Chris Jones of Leake Central also was recognized.

It was also the annual Cancer Awareness Game as the Lady Warriors wore pink jerseys in honor and memory of loved ones who are currently battling cancer or have lost their lives to cancer, and also in support of Northwest Rangers Coach Mike Rowan and his wife, Kathy, who currently is battling breast cancer.

Northwest pitcher Katie Brownlee held the East Central offense in check in the opener in her six innings in the circle. The Lady Warriors had averaged nine runs and 11 hits a game over the course of the win streak, but were limited to just seven hits and no runs in the 5-0 loss. East Central did strand 11 runners on base in the contest.

The game was scoreless until the top of the fifth when Northwest pushed a run across the plate. The Rangers put the game away in the top of the seventh with four more runs.

Freshman Jesalyn Jarrette took the loss in the opener, going the distance and giving up five runs on eight hits.

East Central jumped on top early in game two with a two-run homer by freshman catcher Anna McNeer (Canton Academy) in the bottom of the first inning. The drive to center field scored freshman shortstop Hannah Dufault (Hurley, East Central), who had doubled.

The Lady Warriors scored five more times in the bottom of the second on a two-run double by freshman center fielder Parker Breland (Union). Breland would later score on an error. The hot-hitting Default then hit her third home run in four games, a two-run shot to left field that scored Webb, who had singled.

East Central closed out the scoring in the bottom of the fourth when two runs scored on a triple by McNeer.

Freshman Braelyn Boykin (Mize) picked up the win by pitching the first four innings and giving up just one run on three hits. Freshman Brooklyn King (George County) came on in relief and got the side in order in the top of the fifth to close out the 9-1 win. 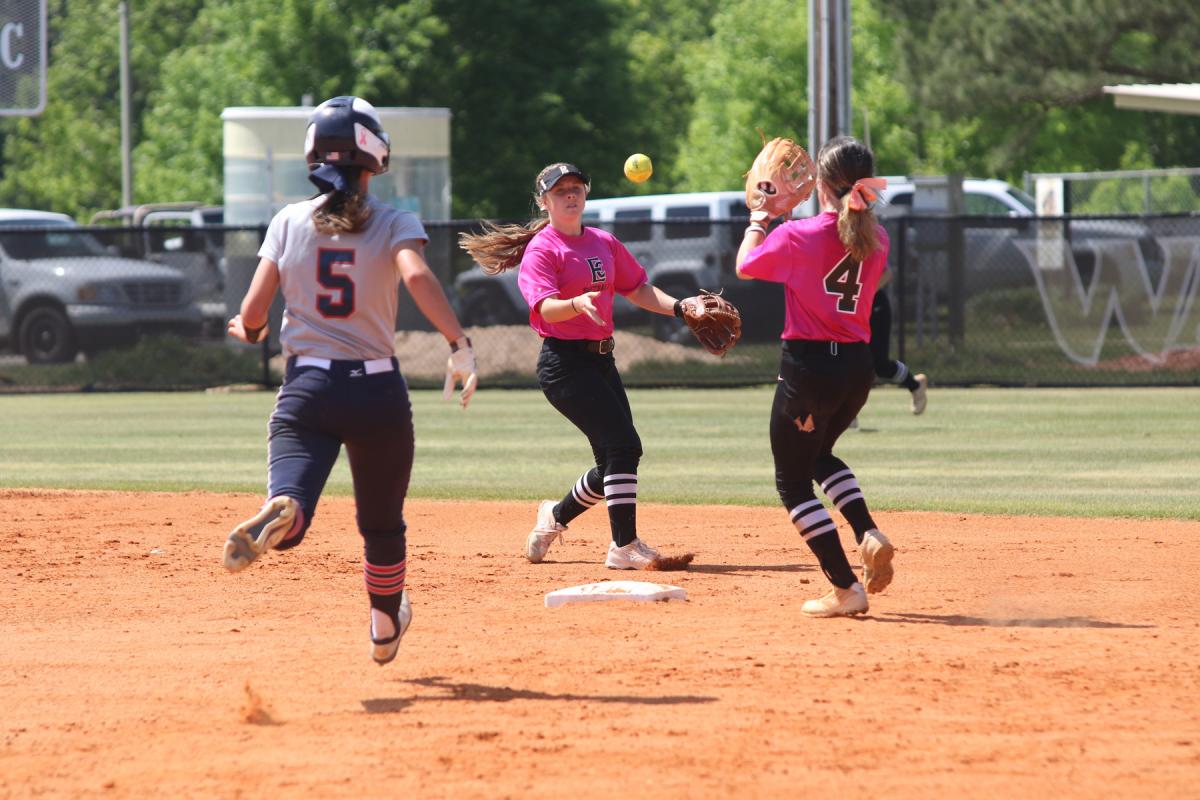 East Central shortstop Hannah Dufault flips to second baseman Kaylee Webb to get the Northwest runner at second in game one action May 2. (EC Photo) 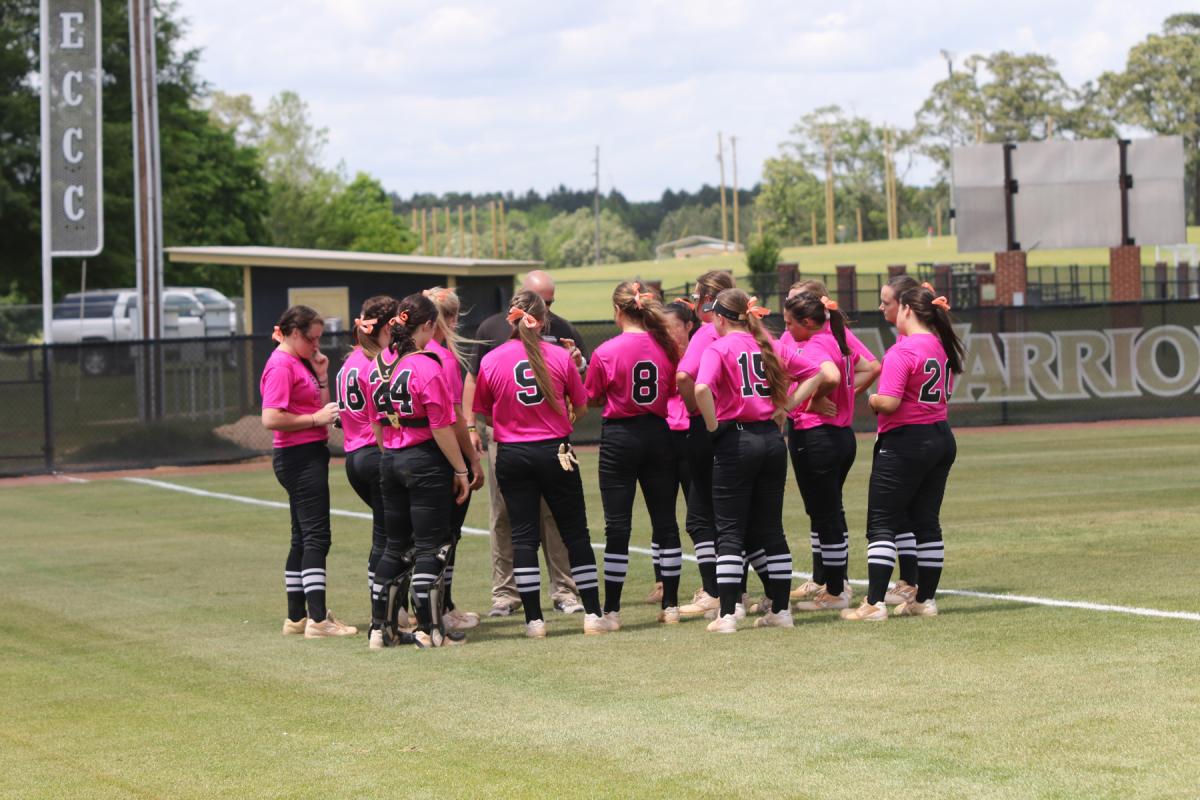