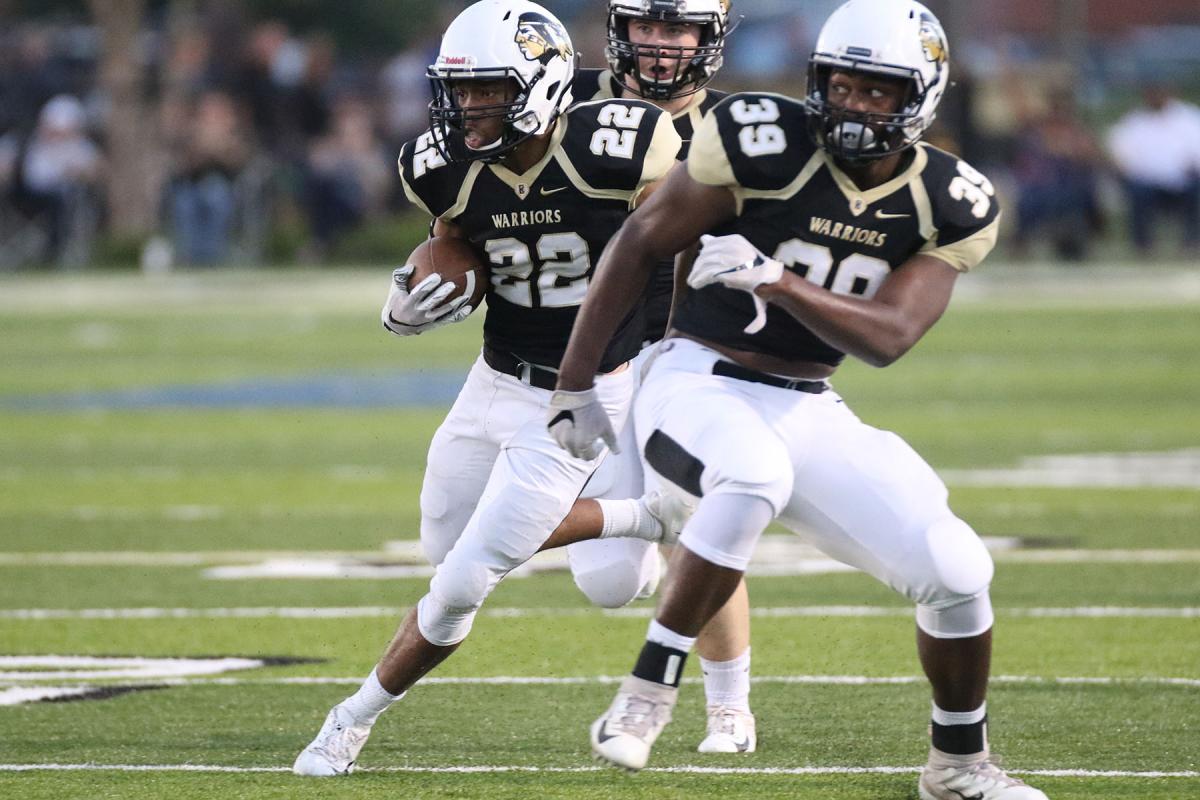 East Central safety Daniel Little of Terry returns a fumble 39 yards in the first quarter to set up a Warrior touchdown. (EC Photo) 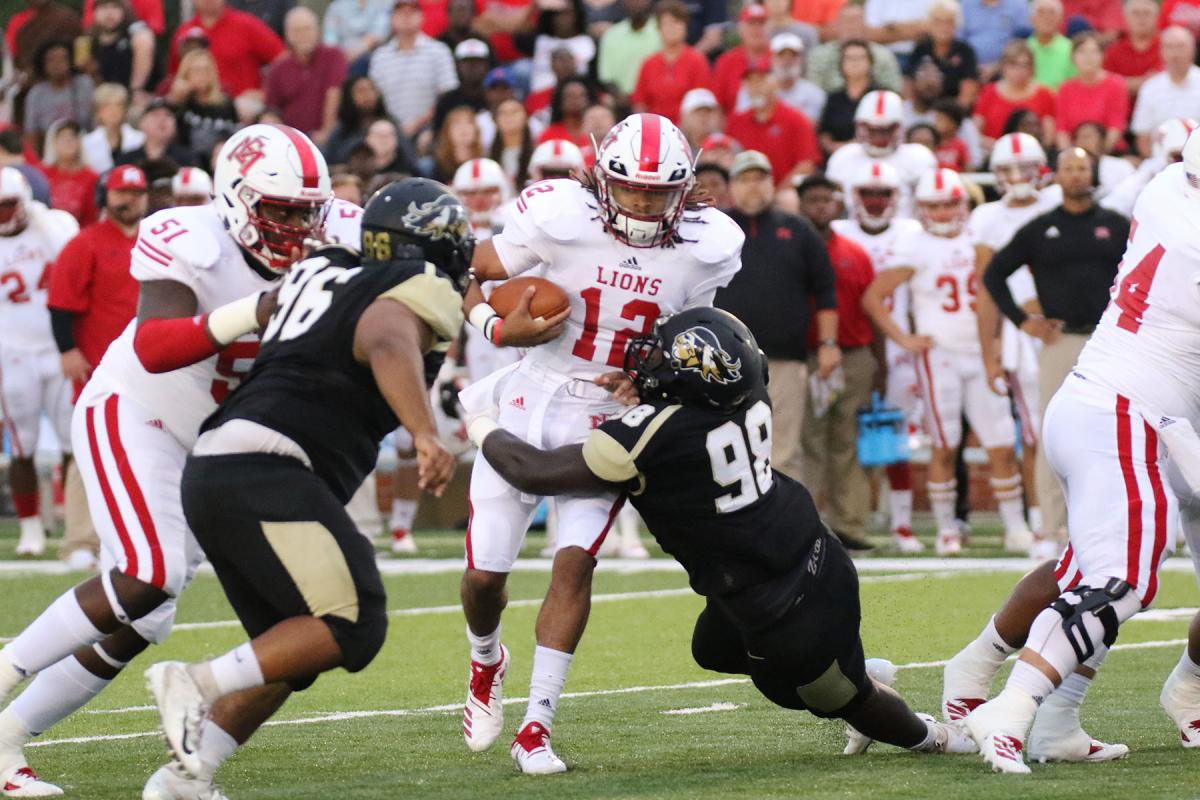 It took a last-second field goal for the No. 1 football team in the nation to escape Decatur with a win. 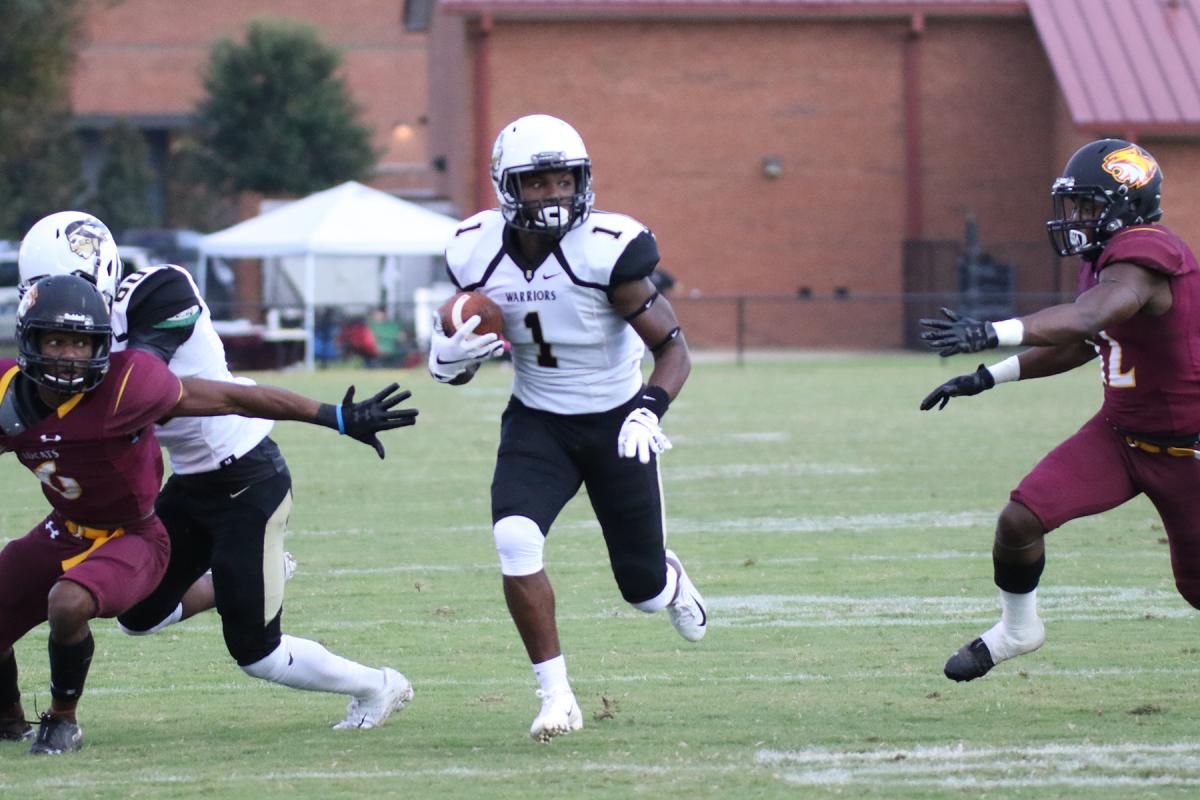 It was a tale of two halves for the No. 20 ranked East Central football Warriors Thursday night in an MACJC South Division matchup at Pearl River.

The Warriors came in at No. 20 in the latest poll released today.

It is the first time East Central has been ranked since the final poll of the 2015 season when the Warriors finished No. 10. 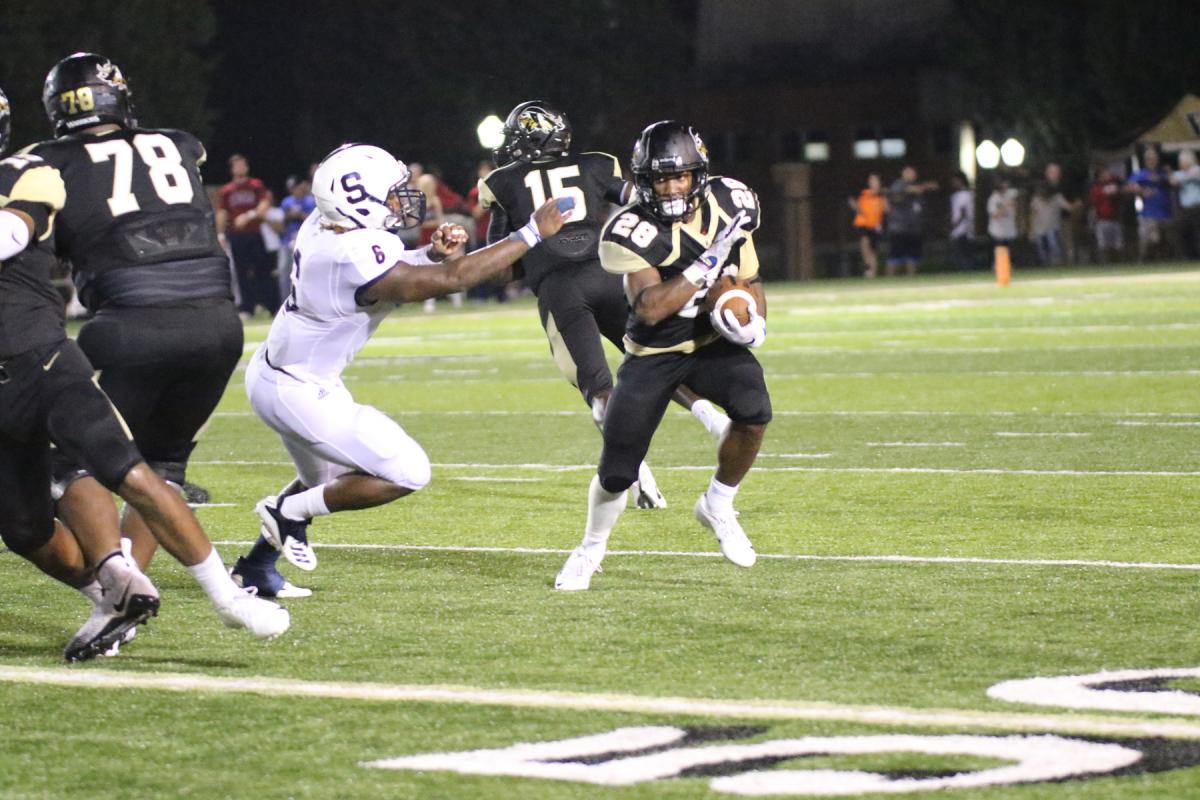 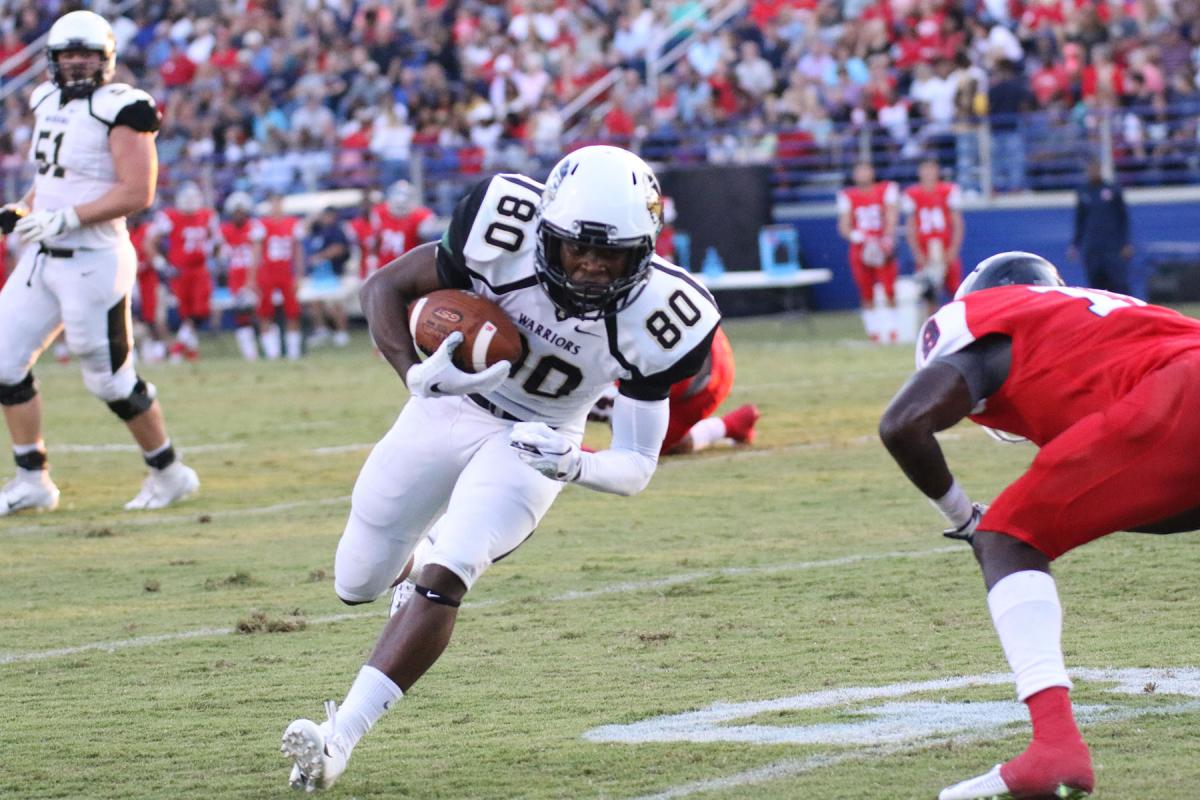 Freshman wide receiver Depodray Coburn II out of Noxapater bulls into the end zone for an East Central first half score in a 34-28 upset at No. 14 Itawamba. (EC Photo) 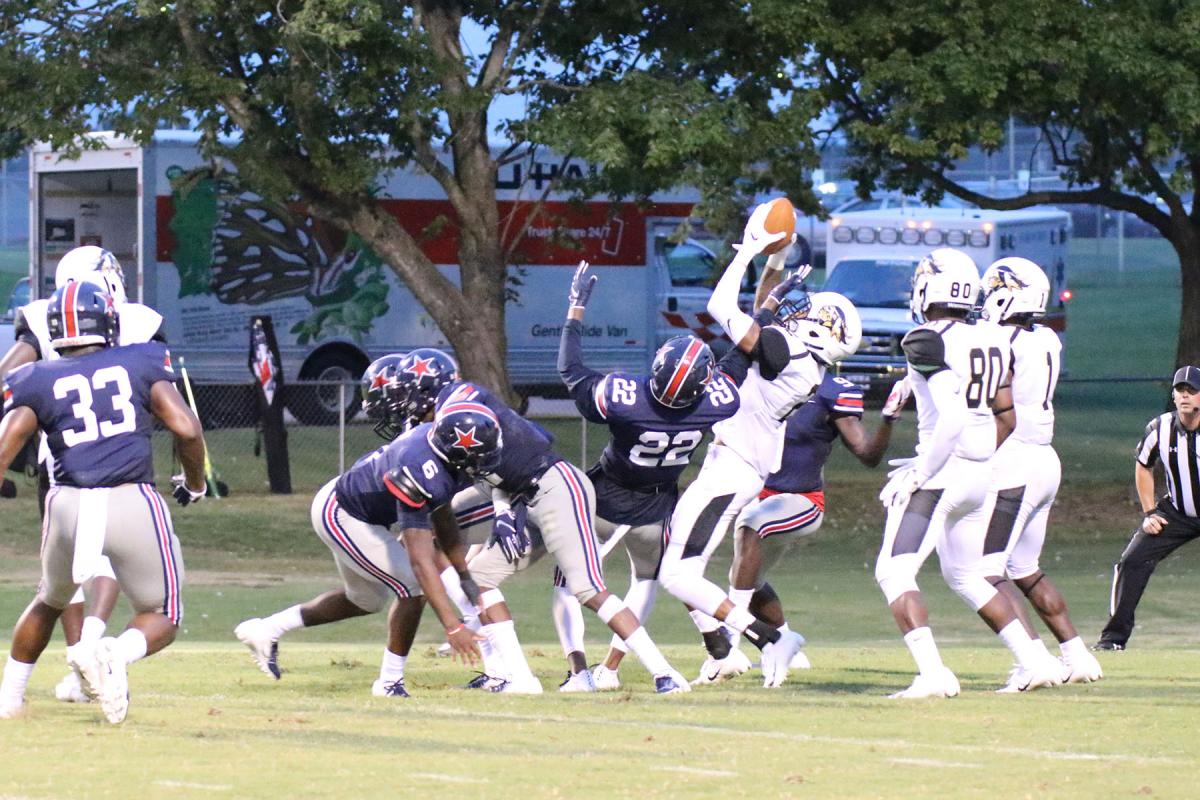 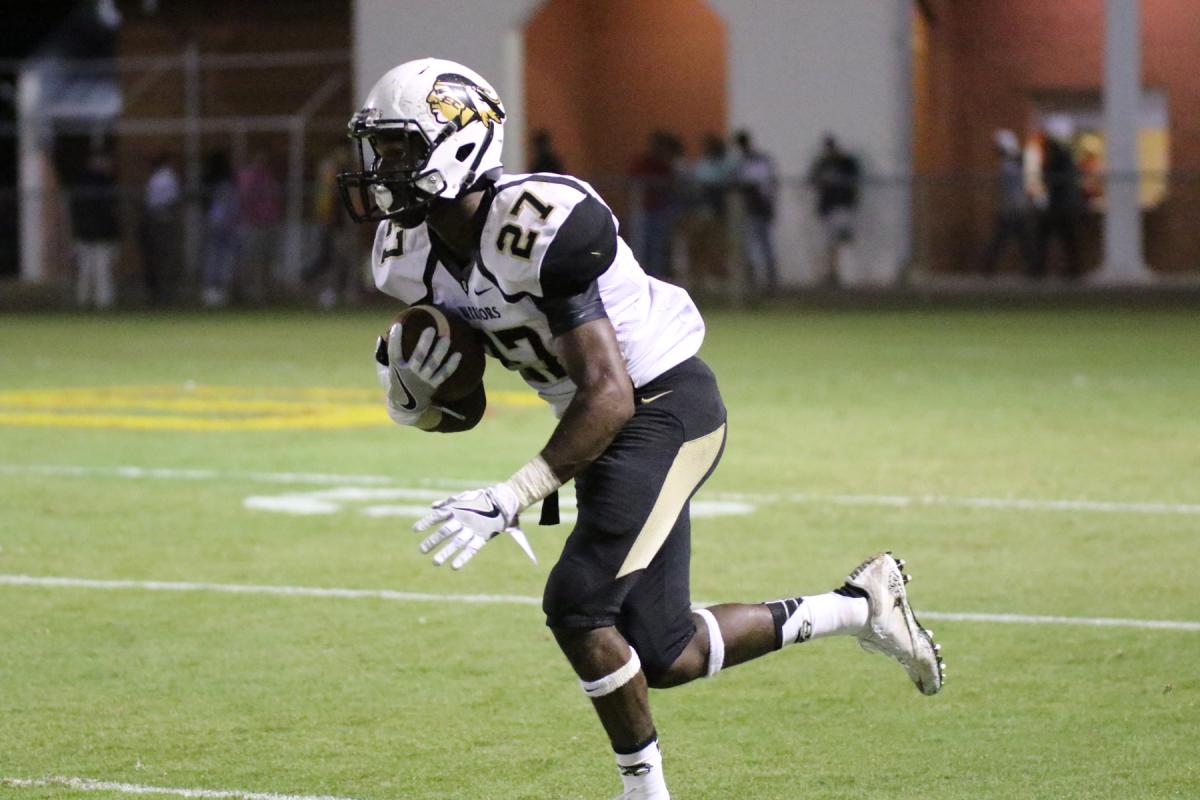 Safety Keonte’ Daniels out of Noxapater returns to anchor the East Central secondary after earning All-Region 23 honors a year ago. (EC Photo)

The East Central Community College football program is hosting its 2018 Elite Warrior Football Camp on Wednesday, June 6, from 9 a.m. to 4 p.m. at Bailey Stadium on the campus in Decatur.

The non-contact camp is for high school players entering grades 8 through 12 in fall 2018. The cost is $50 per person and includes lunch and a camp T-shirt.