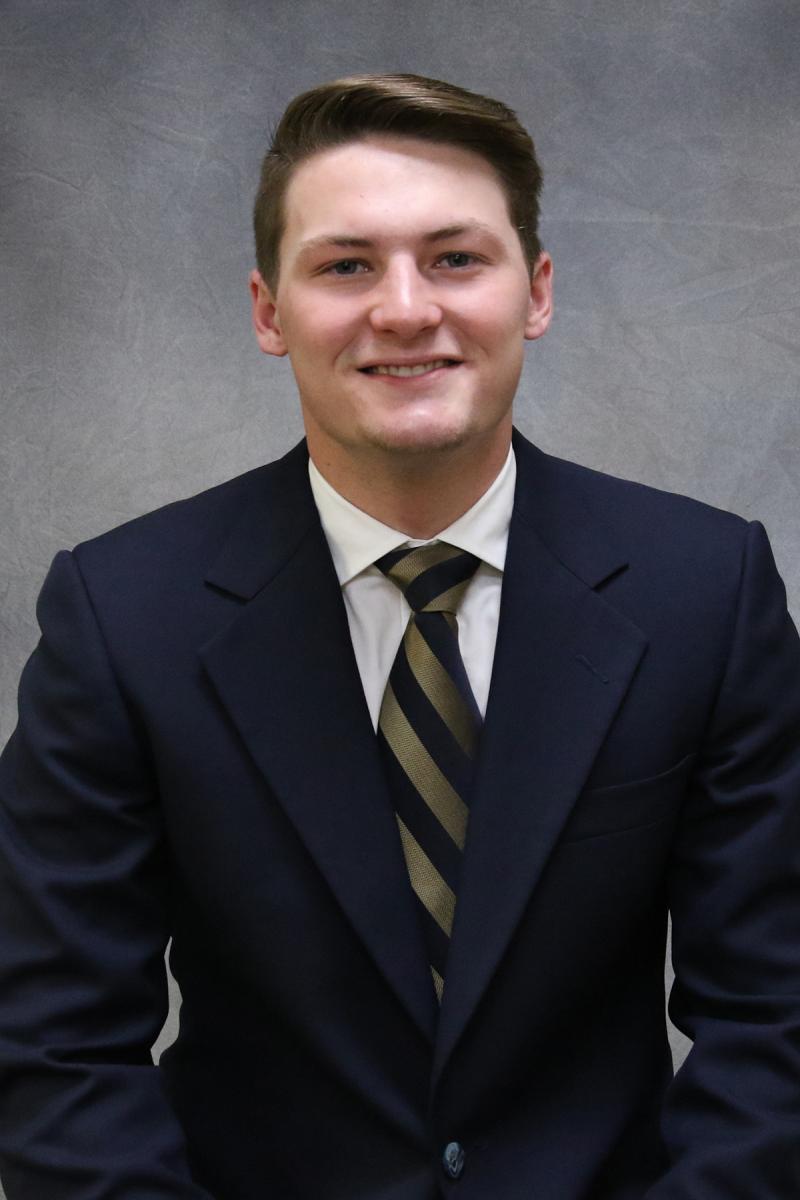 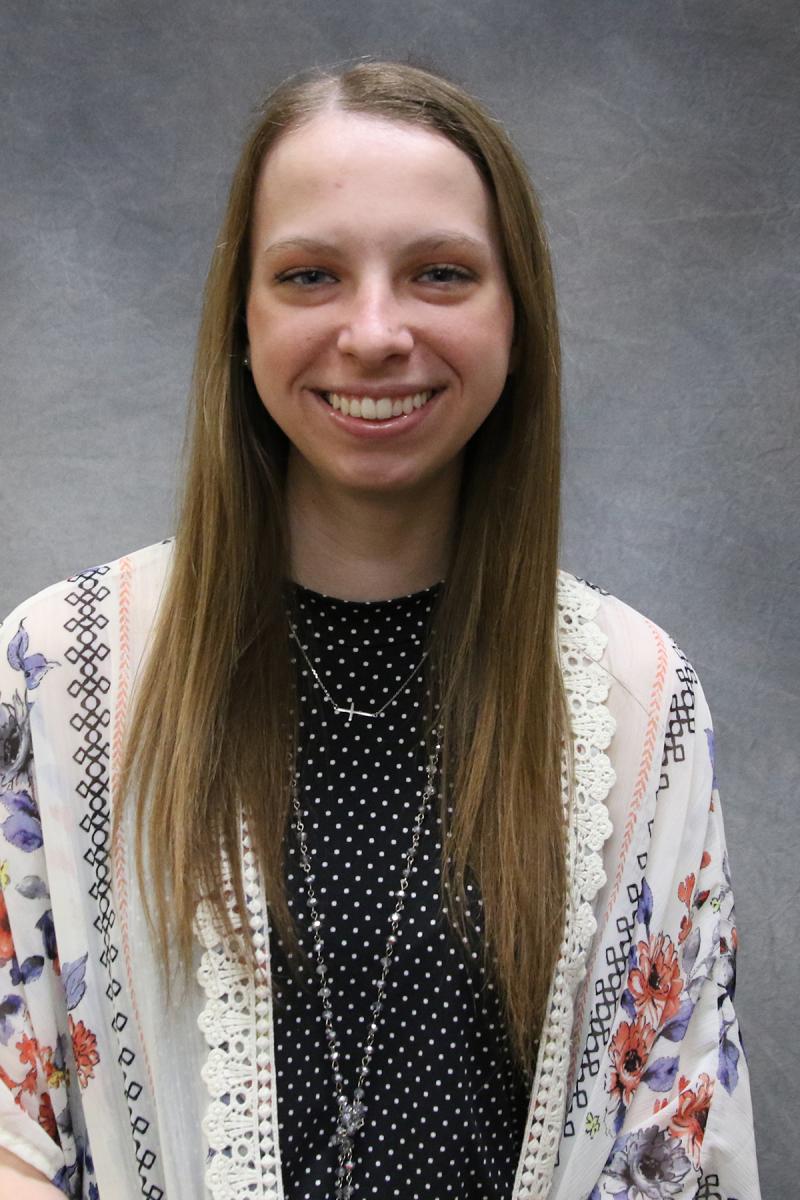 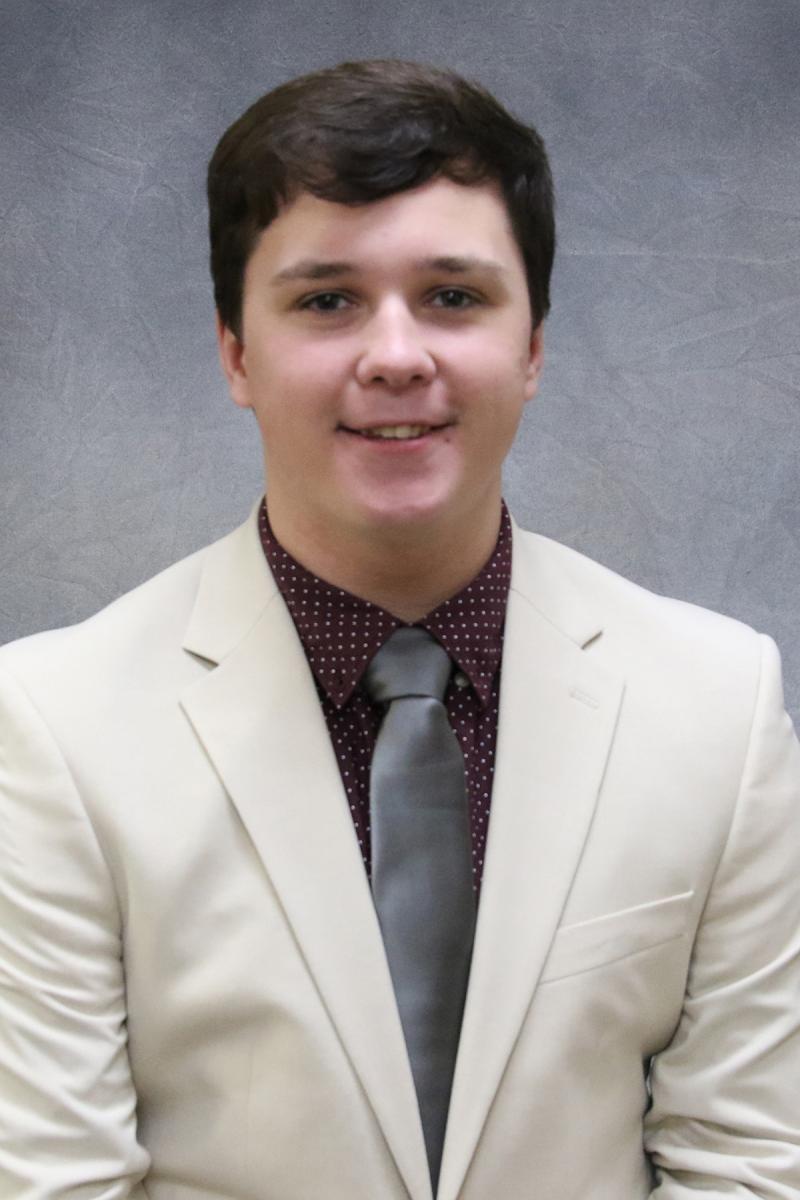 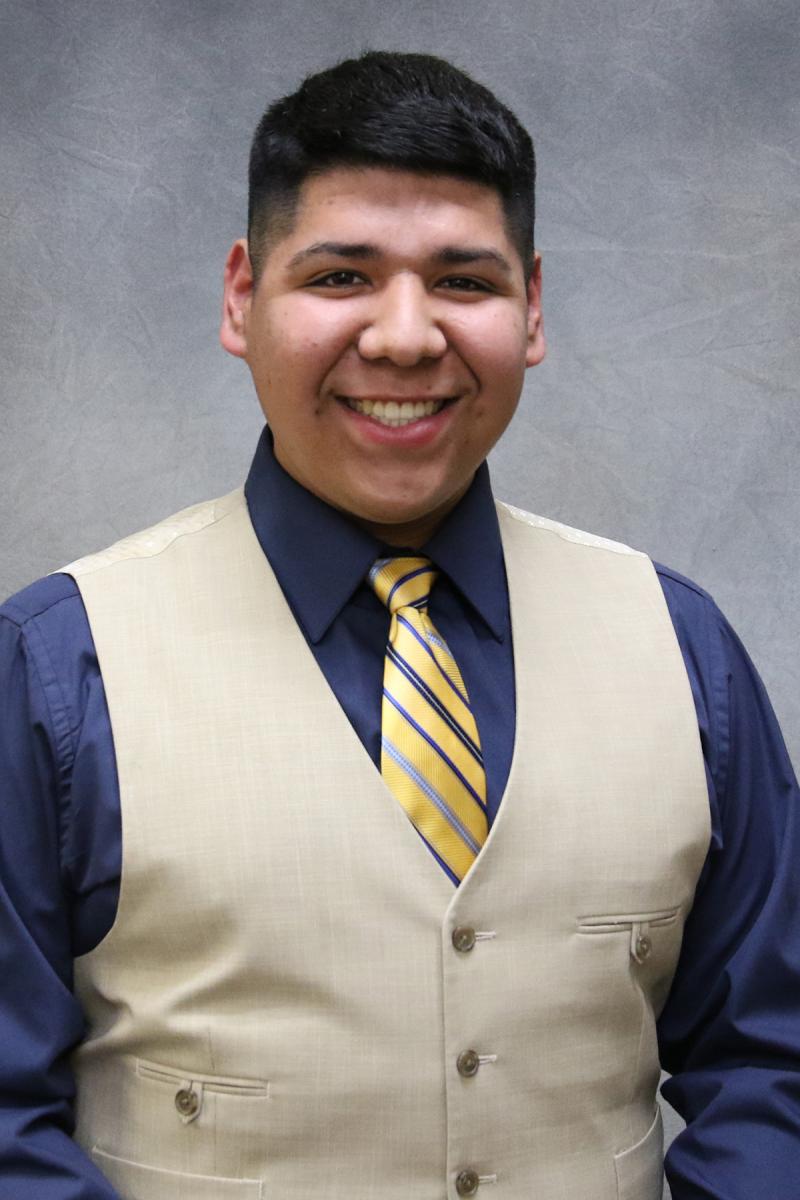 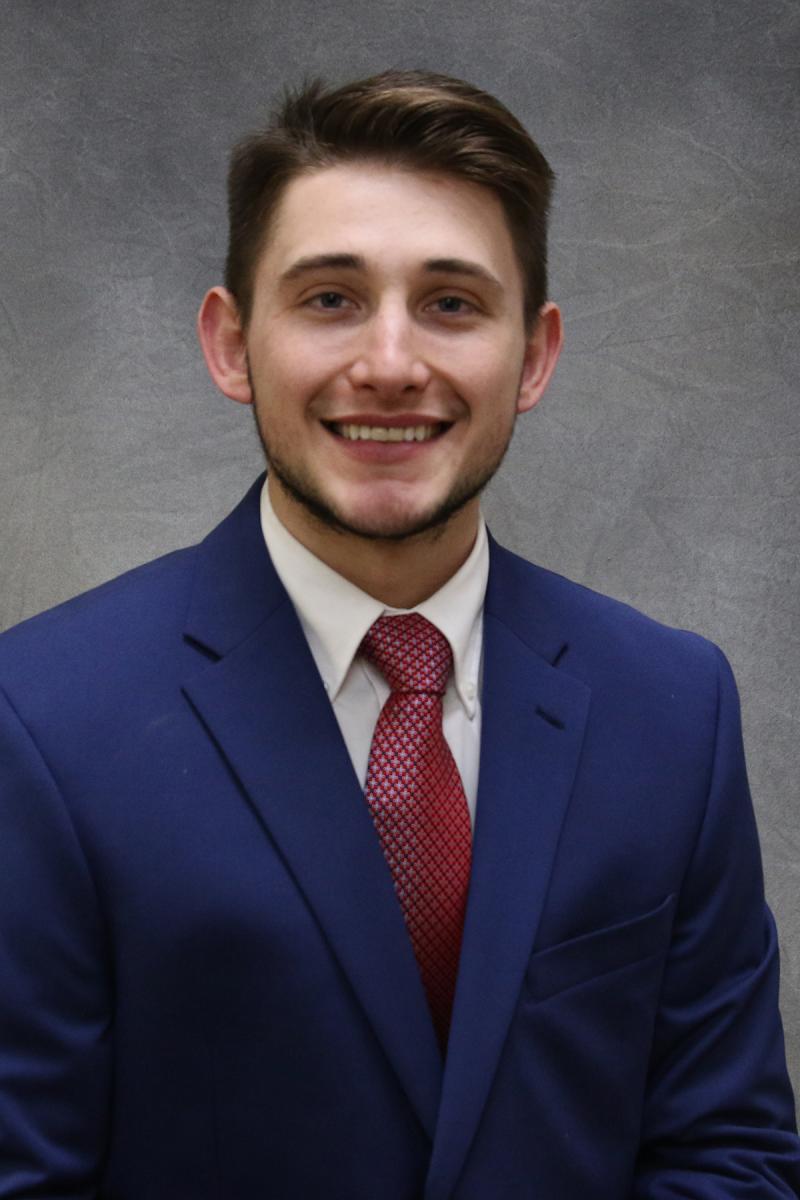 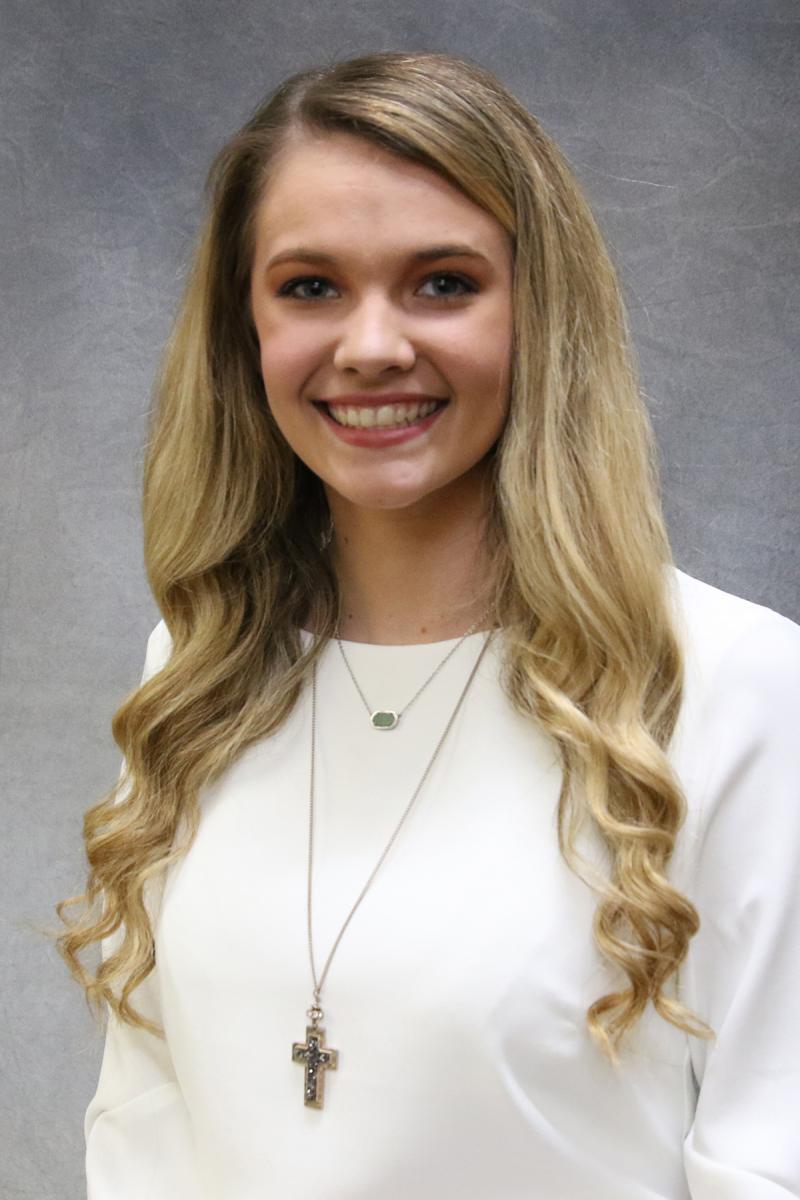 Recipients of Hall of Fame and other honors were recently recognized by East Central Community College in Decatur during a Virtual Awards Ceremony shared on the college’s website and social media, in lieu of the annual ceremony held on campus each spring that was cancelled due to the Coronavirus and social distancing guidelines.

Selection to the Hall of Fame is considered the highest honor a student can receive at the college, according to ECCC President Dr. Billy Stewart.

“To be considered for the prestigious honor,” Stewart said, “students must demonstrate exemplary character, superior scholarship, worthy leadership, and contribute to the betterment of East Central Community College.”

Their photos will hang in the Hall of Fame Collection in the lobby of Huff Auditorium.

Hall of Fame inductees for 2020 and their respective high schools include Gavin Bailey of Newton County, Alley Bernard of Southeast Lauderdale, Caleb Collins of Clinton, Asa Jimmie of Choctaw Central, Garet Jones of Forest, and Maggie Wooldridge of West Lauderdale.

Bailey is a secondary education major from Decatur. A Dean’s List scholar, he serves as sophomore class treasurer, Phi Theta Kappa vice president of membership, resident assistant, captain of the Warrior baseball team, a member of Men of Dignity, and participates in College Worship.

Those nominating him wrote, “Gavin is the most well-rounded student that I have ever encountered. Most student athletes do not have time to participate in other college activities, but Gavin manages to participate and make a significant impact in all of the organizations he is in. The thing that stands out the most about Gavin is how he treats others. I have watched him include students that would otherwise not be included. Gavin has a way about him that makes everyone feel like somebody. Gavin embodies excellence in his academics and extracurricular activities, and class in his everyday life.”

She was the recipient of the Dr. Beverly (Henry) Oliphant-Martin and John E. Martin Scholarship both her freshman and sophomore years, and was a nominee for HEADWAE.

Those nominating her wrote, “Alley is dedicated to her schoolwork as well as being dedicated to her relationship with Christ. She is a great role model for people to turn to with questions or just simply to talk to. Alley is the sweetest, most caring, and kindest person. She is always there for anyone who needs help. She works really hard in her studies to maintain a 4.0 GPA in nursing. She is involved in several things on campus and influences a lot of people to be involved as well.”

Collins is an engineering major from Clinton. A President’s and Dean’s List scholar, he serves as BSU co-president, and is a member of Students for Life, Phi Theta Kappa, Warrior Corps, President's Council, Alpha Alpha Epsilon, and participates in College Worship and intramural sports.

Those nominating him wrote, "Caleb is an excellent example of how top out-of-district students can thrive at ECCC. He chose ECCC for the academics and the opportunity to grow socially and spiritually and he has succeeded in his two years. Caleb's commitment to ECCC reaches far beyond our five-county district. He's a proven leader with the kindest heart."

He was a nominee for Higher Education Appreciation Day: Working for Academic Excellence (HEADWAE) and was a selected to represent ECCC at Capitol Day in Jackson in 2019. He received the Ann Burkes Phi Theta Kappa Scholarship his sophomore year.

Those nominating him wrote, "Asa loves to put everyone before himself and never hesitates to lend a helping hand. He is always seen wearing black and gold Warrior apparel and he proudly preaches about why ECCC is the place to be. He has done so many great things through his leadership roles and his campus involvement that will leave a positive impact on the lives of everyone who truly knew him."

Jones is a business administration major from Lawrence. A President’s and Dean’s List scholar, he serves as Phi Theta Kappa president, vice president for DECA, Men of Dignity, and President’s Council. He participates in intramural sports and attends College Worship. He was also a HEADWAE nominee.

Those nominating him wrote, "I think Garet is a very kind gentleman and a great person overall. He is actively involved around campus and always is willing to lend a helping hand. He takes pride in the things he does and the work he puts in. Garet is a great student and even better person. He represents East Central Community College well in everything he does. Garet is a well-rounded student. He is a very hard worker, he is dedicated to his education, and goes above and beyond what is asked of him. Garet loves everything about East Central and the new family it has given him."

Wooldridge is a liberal arts/civil engineering major from Collinsville. A President’s List scholar, she serves as BSU missions and publicity leader, is a member of Phi Theta Kappa, Students Against Destructive Decisions, Students for Life, College Republicans, President’s Council, serves as a student assistant to the Athletics Department, was elected a Freshman and Sophomore class favorite, and participates in intramural sports.

Those nominating her wrote, “Maggie is well-grounded in her faith, academically astute, and a perfect representation of what we want in an East Central student. She is the type of student who we want representing East Central when they move on to a university and then out into the world. Maggie is a great student and an even better person. She always has a smile on her face and cares about her classmates.”