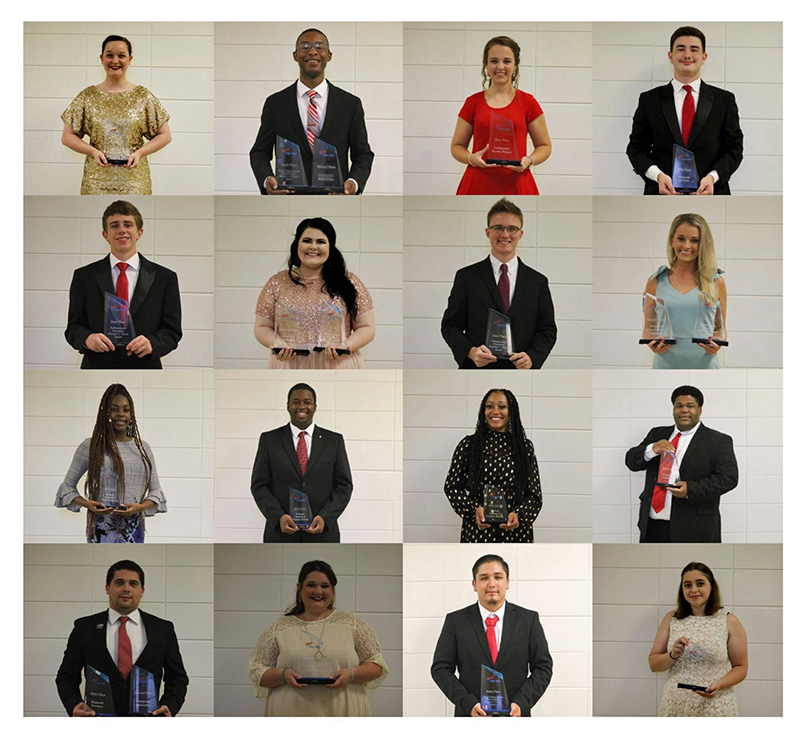 Traditionally, the awards would have been presented at the National Leadership Conference in Salt Lake City, Utah, on June 27, but due to the COVID-19 pandemic, the event turned into a Virtual National Leadership Experience, according to ECCC PBL sponsor Christy Ferguson.

To participate in the national competition, students had to record and upload their presentations to YouTube for judging in most categories. Some other events were proctored by an advisor and files uploaded to the designated website. Ferguson said students attended many Zoom meetings and social distanced practice sessions prior to the competition.

East Central’s Theta Chi chapter had 19 students total participate in various events and they placed in 12 of the 15 events in which they competed, including six first place awards.

Theta Chi was recognized for being the second largest chapter in the nation and the largest chapter among community colleges. The chapter also received a Gold Seal Chapter award, which is presented to only two chapters in the state.

Hannah Stokes of Philadelphia received the coveted Who’s Who in Mississippi award, which is presented to one member from each state, and ECCC has had a recipient each of the last four years.